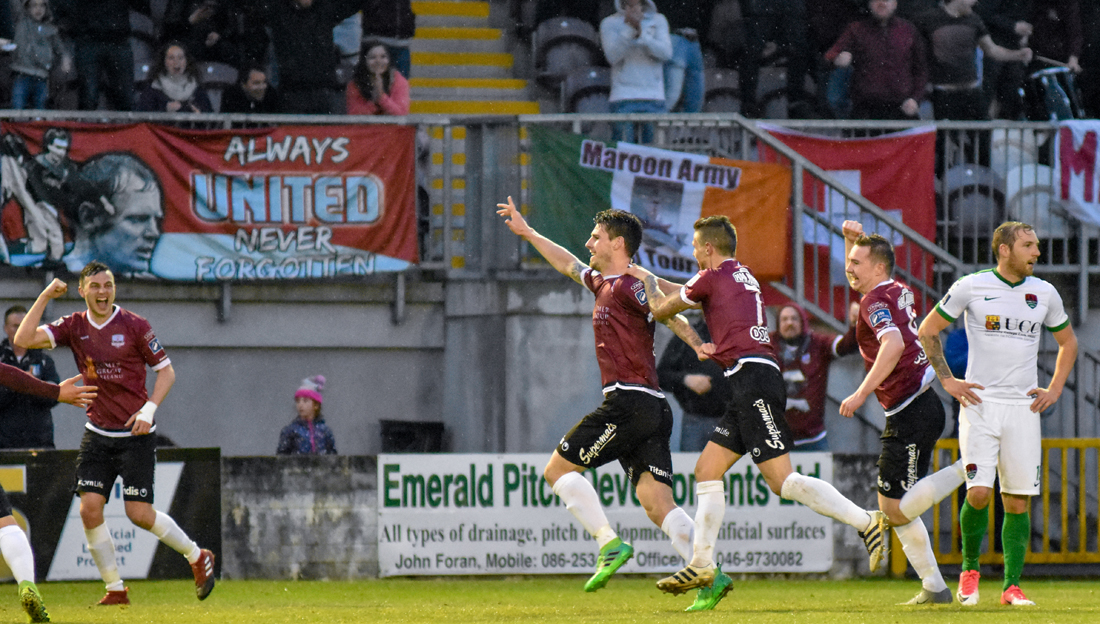 Despite Cork City’s position in the league table, it was Mark McNulty who was the busier of two goalkeepers in the first half at Eamonn Deacy Park. The experienced net-minder thwarted Kevin Devaney and Gavan Holohan with smart saves.

John Caulfield’s side came into the game more in the second half and the Leesiders took the lead when Conor McCormack’s shot from outside the box took a deflection en route to goal, wrong-footing Conor Winn. 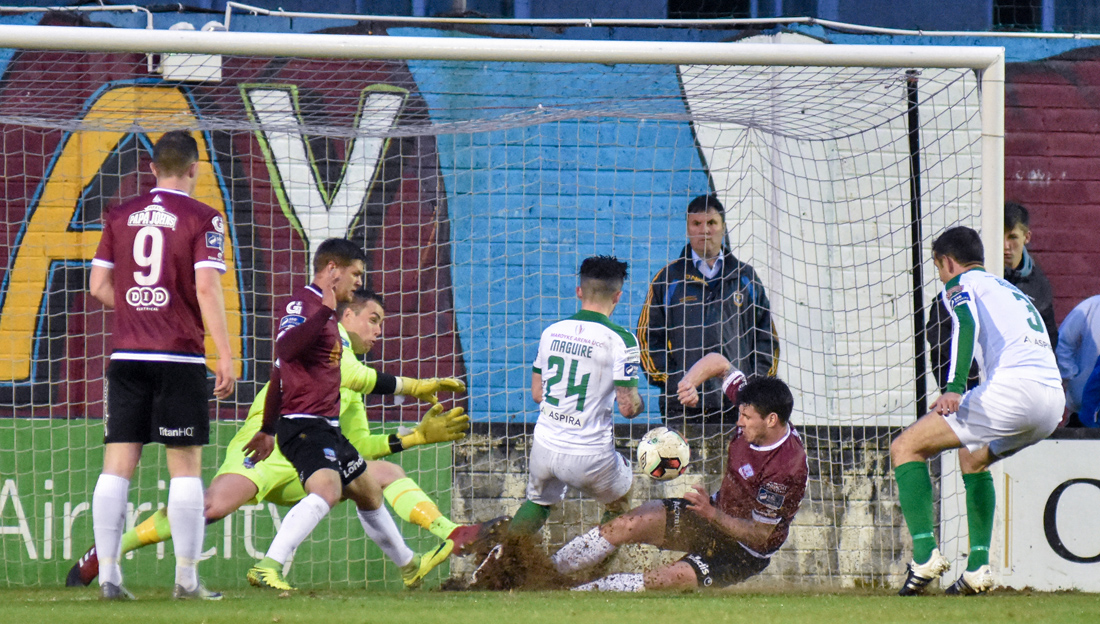 United started brightly at Eamonn Deacy Park, a deflection fell into the path of the excellent Kevin Devaney and his shot was well saved by Mark McNulty.

Devaney went close again moments later, the winger span beautifully near the byline before attempting to curl the ball into the far corner, but his shot flashed wide.

Conor Winn’s outstretched arm pushed Kevin O’Connor’s free-kick from the edge of the D, which looked destined for the top corner, out for a corner-kick.

Padraic Cunningham went within inches of rippling City’s net, Marc Ludden drilled a cross into the box, Cunningham stole a march on his marker and he glanced a header towards the far corner that flew narrowly wide of the post.

On the half hour mark, former Cork City midfielder Gavan Holohan let fly from all of 25 yards, but Mark McNulty got a strong hand to Holohan’s powerful drive.

Fifteen minutes into the second half, Cork City grabbed an opening goal at Eamonn Deacy Park. Conor McCormack’s drive from outside the box took a wicked deflection on its way to goal. 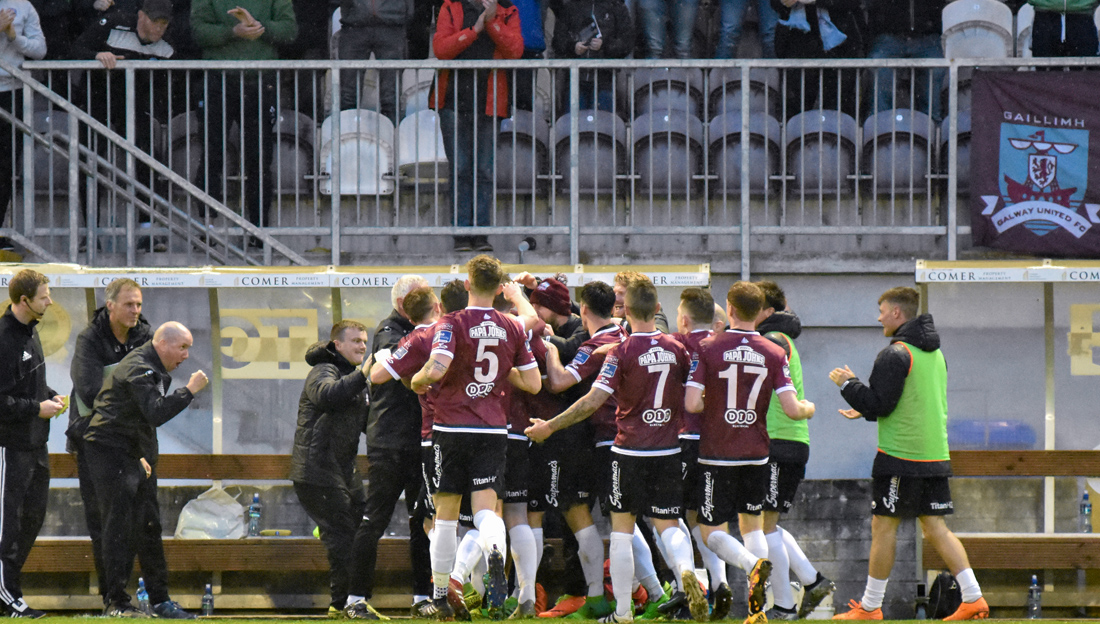 In an attempted defensive clearance from a dangerous Cork City cross, Gary Shanahan headed the ball off his own upright as the visitors pushed forward.

Ryan Delaney headed powerfully towards goal from a corner-kick, Conor Winn got a strong hand to the ball, but it took an eternity to be cleared after a number of crucial interceptions.

The final chance of the game fell to Cork City substitute Jimmy Keohane, however his snapshot inside the box cleared Conor Winn’s crossbar and United put an end to Cork City run of wins and earned a hard-fought point.