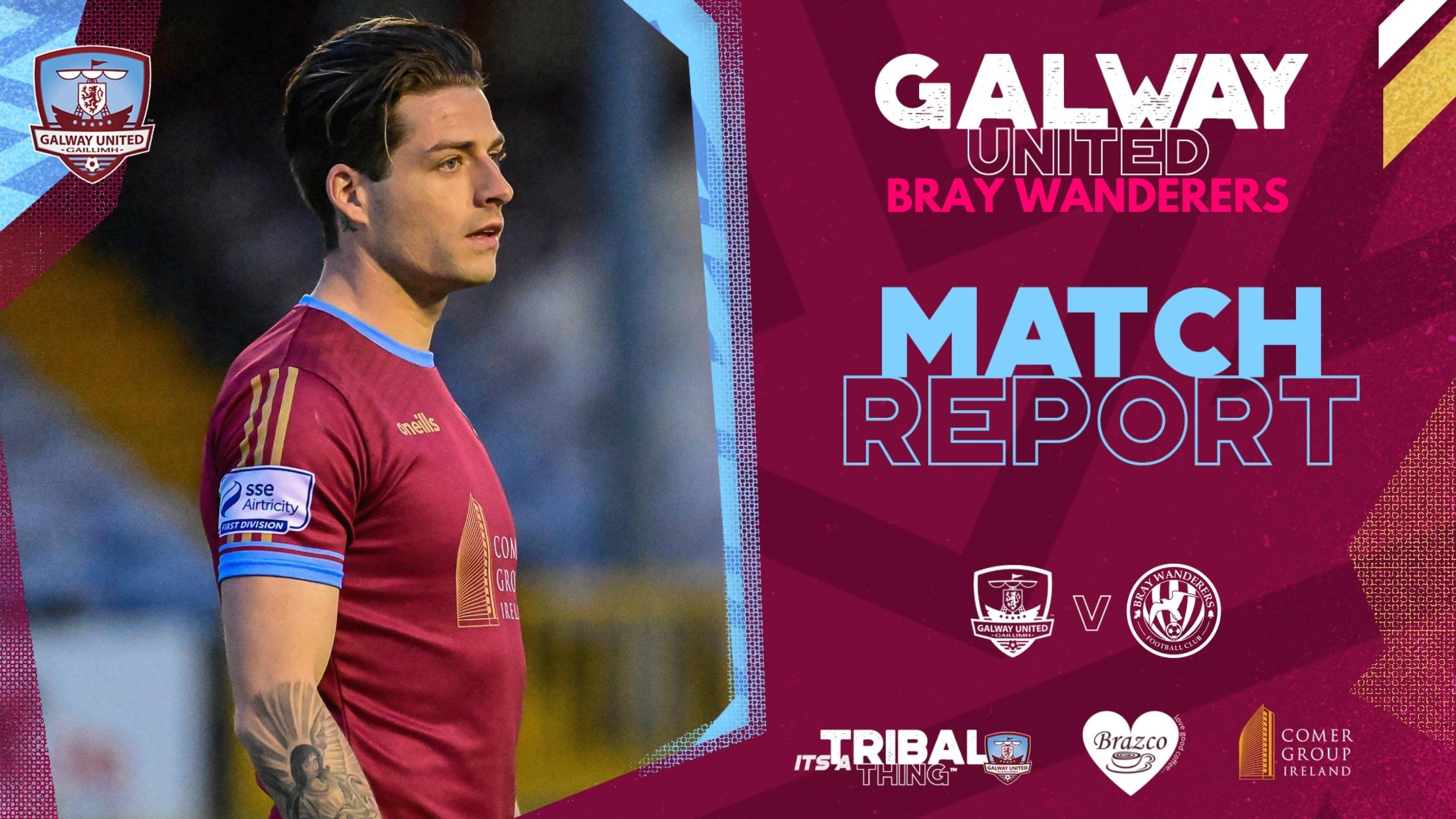 “It is still early days in the season, it is a marathon, and there is a long way to go. We are working hard every week to improve ourselves but we need to stop conceding sloppy goals.” – John Caulfield, Manager

Bray Wanderers got the game underway on a cloudy evening at Eamonn Deacy Park.

After a cagey opening few minutes, Bray took the lead in the sixth minute. Brandon Kavanagh slipped Joe Doyle in on goal in the penalty area and the striker finished past Conor Kearns on his second attempt.

It was a strong start from the visitors and Bray should have doubled their lead in the 17th minute. Luka Lovic got on the end of a cross in the box but couldn’t finish from close range to put the Seagulls two goals in front.

Bray continued to control proceedings and Kearns was forced into making a fine save from a long-range Kavanagh strike in the 31st minute.

United fought back and equalised in the 34th minute thanks to a Ruairi Keating goal. Carlton Ubaezuonu crossed from the left side and Keating bundled the ball into the back of the net to make it 1-1.

It was an end to end finish to the first half, with United getting the best chances before the interval. After some trickery from Keating in the penalty area in the 38th minute, he set up Shane Duggan at the back-post but the midfielder blasted the ball over the crossbar from close range.

The Tribesmen continued to pressure the Bray backline and were unlucky not to take the lead right before the half-time whistle. In the space of ten seconds, both Keating and Ubaezuonu hit the post. Ubaezuonu coming the closest with an audacious overhead kick that came off the inside of Brian Maher’s post.

It remained 1-1 at the break, with United finishing the strongest out of the two sides.

After an even opening to the second period, United had the first chance of the half in the 54th minute. Keating headed the ball down to Duggan who hit a powerful strike from outside the box which Maher did well to save down low.

United began to take charge of the game and were bombarding the Bray defence, but the Seagulls’ defence held firm.

Further chances fell to Mikie Rowe and Ubaezuonu late on in the half but both were unable to get a clean connection on their efforts.

After a scrappy finish to the game, Bray won the match late on in the 90th minute thanks to a Gary Shaw header from an inswinging corner kick.

“Unfortunately we are conceding soft goals and it has been our Achilles heel in the first six or seven matches. We need to work on that.

“There was nothing between the two sides in the match. I thought we were the better team in the second half so it was disappointing to concede the corner kick at the end.

“It is still early days in the season, it is a marathon, and there is a long way to go. We are working hard every week to improve ourselves but we need to stop conceding sloppy goals.

“It is frustrating but we go back into training tomorrow and look ahead to next week’s game. We have to be prepared for the Wexford match.”

Our next First Division game is home to Wexford on May 14th.