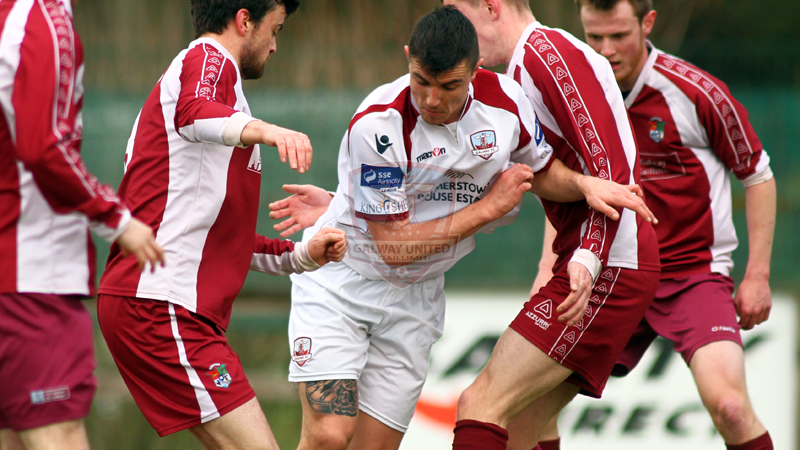 Goals in either half from Enda Curran and Padraic Cunningham helped Galway United to their first win of pre-season against the NUIG Collingwood team at Fahy’s Field on Tuesday morning.

Enda Curran was inches away from opening the scoring within minutes of kick-off, but his effort from 20 yards smashed off the bottom of the post. 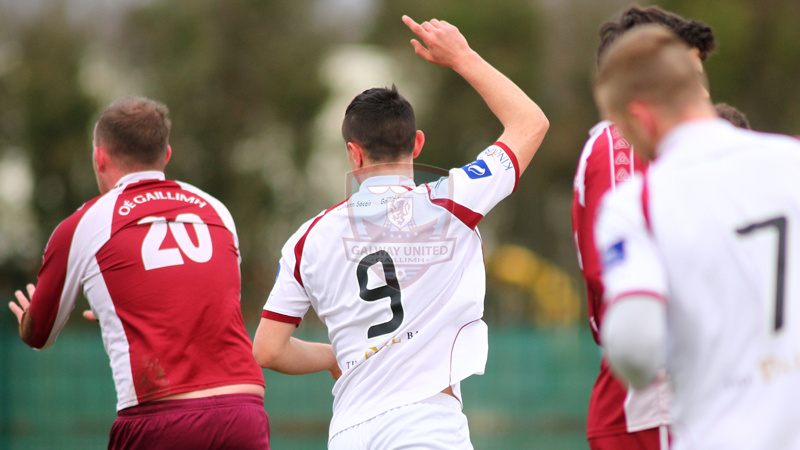 Trialist Ian Sweeney sprinted on to a through ball from Ryan Connolly, but the former Athlone Town man’s attempted chipped effort was snuffed out by NUIG keeper’ Evan Duffy.

Jake Keegan was the next Galway United player to try his luck from range. The American cut in from the left flank, but curled the ball wide of Duffy’s far post.

Shortly after, Keegan had another opportunity to double Galway’s lead, but he rattled the crossbar after latching onto a cross from Ryan Connolly.

Pressure was building from Galway and some nice interplay from O’Leary and Curran almost paid dividends, but the former blasted over the crossbar from outside the box.

Connolly, who was providing a lot of the passes to get United’s game going from midfield, almost added a deserved second goal but he dragged his shot narrowly wide with the keeper rooted to the spot.

Galway United player Conor Barry, who was lining out for NUIG, had their first chance of note when he swivelled at the edge of the box and got a shot away, but Gleeson was well positioned to collect.

Padraic Cunningham, another United player lining out for “college” could have levelled matters when he was sent clean through, but Gleeson did well to narrow the angle and deny Cunningham. 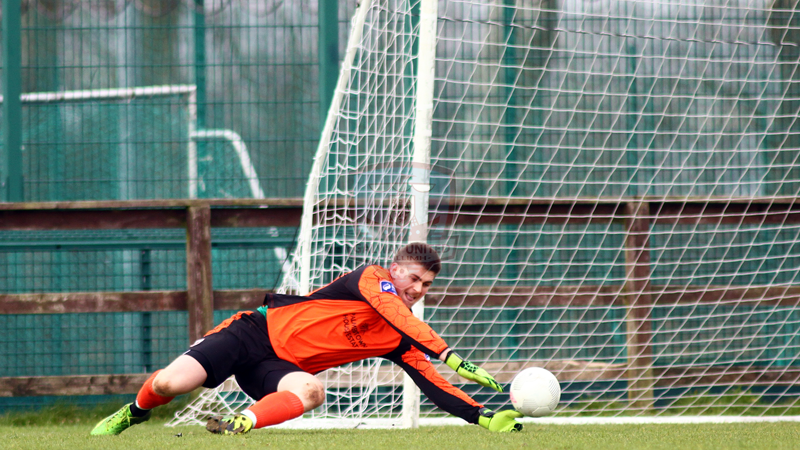 There was one final chance before the half time whistle blew, but NUIG custodian Evan Duffy got down well to deny Jake Keegan’s effort from the edge of the box.

College duo Conor Barry and Padraic Cunningham switched sides at half-time and Barry almost got on the score-sheet within minutes, but he chipped the ball wide at full stretch after being set up by Jake Keegan.

College were unlucky not to equalise when centre-half Shane O’Rourke glanced a header wide from a free kick.

That miss proved costly, as United added a second goal moments later. Cormac Raftery overlapped down the right flank, before beating the College left back and locating Padraic Cunningham at the back post, who showed no hesitation in blasting the ball past substitute keeper’ James Keane into the bottom corner. 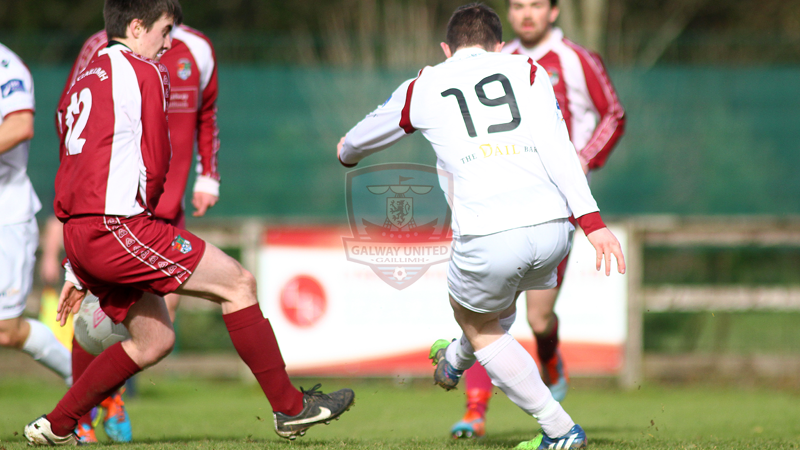 Despite the second goal, NUIG continued to probe and Ali Sanusai was inches away from pulling a goal back when he saw his effort from the edge of the box smash off the crossbar and rebound to safety.

Winger Aaron McDonagh drove past Eric Neary down the left flank before drilling a cross at the near post, but Padraic Cunningham could only direct the ball into the side-netting and the match finished 2-0.