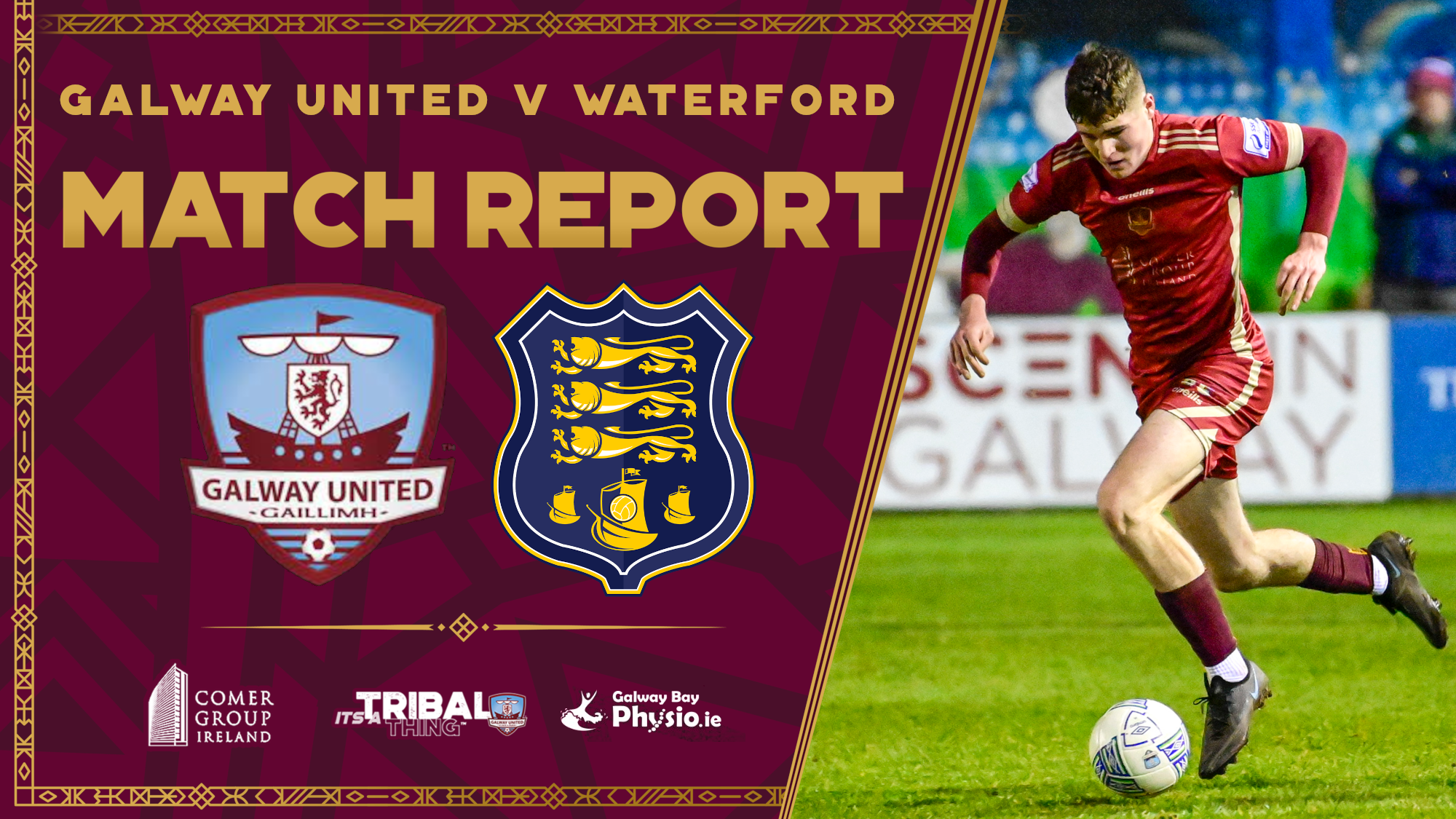 Galway United produced a thrilling comeback in front of a packed EDP to snatch a draw in their home opener against Waterford FC.

John Caulfield’s charges started with one enforced change from the team that won in Turners Cross, Jordan Adeyemo coming in for the suspended Wilson Waweru. However United were slow to get going first-half.

Waterford started the season with victories in their opening two games, and took that confidence into the first half. They dominated for long periods, with Londoner Anthony Wordsworth very influential in midfield.

Waterford’s opening goal arrived after fifteen minutes – a United clearance only made it to Junior Quitirna at the edge of the box, and the Guinea-Bissau native fired home.

Waterford added a second after 38 minutes when Patterson got free inside the area and captain Eddie Nolan poked home.

The second half was a complete transformation. United emerged from the break with a new determination. Three minutes in, Manu Dimas delivered a gorgeous cross from out on the right-hand touchline, and Adeyemo was on hand to meet it with a bullet header.

Shortly after the hour, Stephen Walsh was introduced for Dimas, in an attacking role – many of the faithful had forgotten that he played as a striker for United earlier in his career. And he justified the change very quickly, with an assured left-footed finish from the edge of the box when released by Hurley.

After the equaliser, Waterford seemed content to see out the game for a draw; however, United continued to press for the winning goal.

The game got niggly and there was a flurry of late yellow cards. There was further drama four minutes from time – recent English import Richard Taylor tussled with Walsh on the by-line and struck him, leaving referee Richard Patchell with little option but to dismiss him.

David Hurley had one excellent effort at the death, but Brian Murphy’s save was equal to it.

On the face of it, a score-draw against the red-hot promotion favourites seems like a good result, especially so given the score at half-time, but the team will be wondering what the result might have been had they started the first half as they did the second.

Our next First Division game is away to Bray Wanderers on Friday, March 11th at 7:45PM.

Our next home game is Treaty United on Monday, March 14th at 7:45PM.  🎟️Tickets