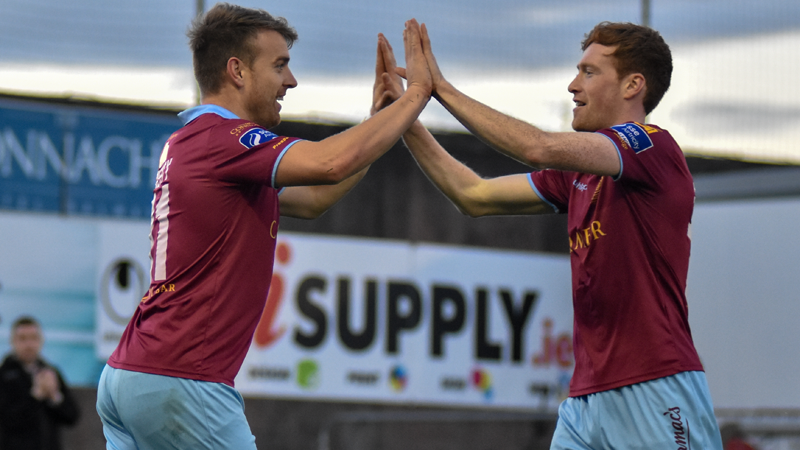 A late rally from Finn Harps was unable to spoil the party for United who recorded their second home win in succession, after racing into a 3-0 lead through Vinny Faherty, Enda Curran and Colm Horgan.

The first chance of note came five minutes in, when Armin Aganovic had to slide in to take it off the toe of Finn Harps’ attacker BJ Banda.

A minute later, the Tribesmen hit the front. Ryan Connolly swung in a free kick which was met by Vinny Faherty who flicked it towards goal with his heel. Ciarán Gallagher in the visitors’ goal made an excellent save to momentarily deny United, but the rebound fell to Faherty once again and he made no mistake at the second attempt.

Gallagher had to be sharp to deny United doubling their lead almost immediately when great work from Marc Ludden gave Enda Curran space to shoot low into the corner.

A cross on the half-volley from Marc Ludden appeared to have put Gary Shanahan in, but it was inches from the boot of the winger. 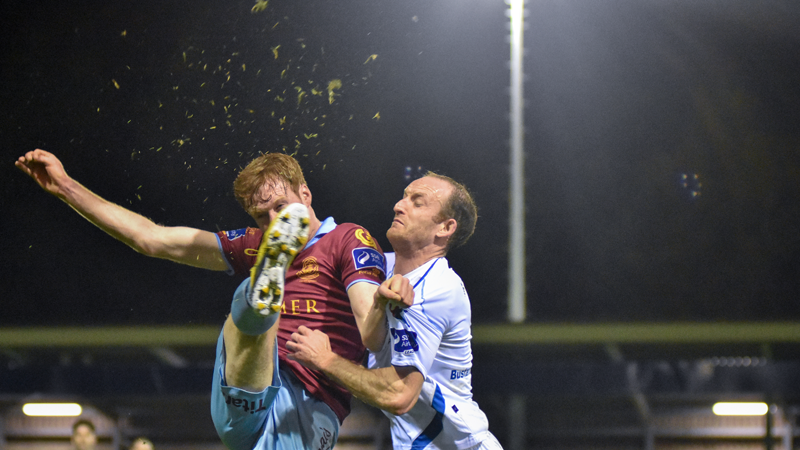 United were exerting significant pressure on Ollie Horgan’s side and ten minutes in, they made it pay. Stephen Walsh picked up the ball in the centre circle before accurately threading a ball through to Enda Curran, who took two took two touches before belting a shot into the far left corner from 25 yards.

Almost on the quarter hour United had a great chance to add to their advantage when Ryan Connolly played an inviting ball across the face of the goal but both Vinny Faherty and Gary Shanahan could not capitalise.

Shortly after the half hour mark, BJ Banda was unlucky not to connect with a deflected cross when it whizzed just past his forehead.

In the 39th minute, Enda Curran had a legitimate goal ruled offside, after Vinny Faherty provided him with a perfect cross from just inside the box, which he headed home on the six yard box, having evaded his markers.

Just after the half time break, United made it three. Vinny Faherty set up Colm Horgan beautifully, before the full back floated a perfect header into the far top corner, leaving Ciarán Gallagher with no chance. 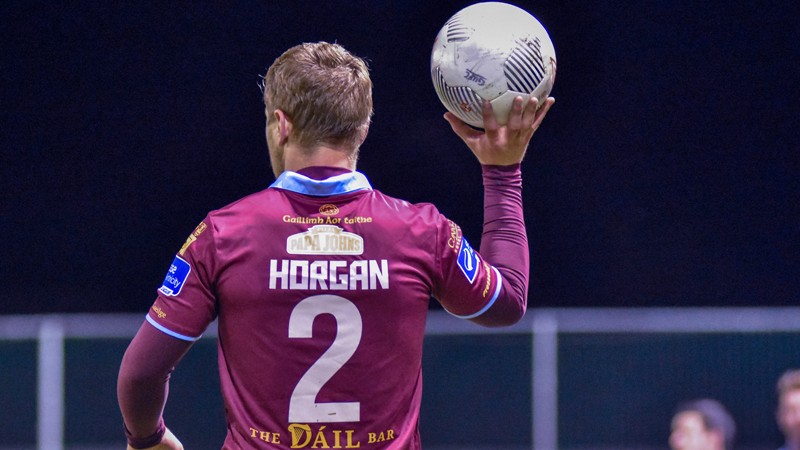 Harps’ enjoyed a spell of possession ten minutes into the second half, which saw United netminder Kevin Horgan called upon to make a number of smart saves.

With the hour mark about to tick by, Finn Harps pulled a goal back when Sean Houston played Ruairi Keating in behind, before the former United striker shot into the far corner of the net.

15 minutes from time, Michael Funston had a chance to pull another back but his shot lacked conviction. Shortly after, Adam Hanlon pulled the visitors right back into contention, when he slotted into the far corner after breaking forward.

The final stages were a lively affair that offered end-to-end football. Ten minutes from time, Marc Ludden set up Padraic Cunningham who was unlucky to see his shot deflected wide.

Deep in injury time, Kevin Horgan was called upon to claim the ball, which he bravely met, taking a knock in the process.

Seconds from the final whistle, Marc Ludden was dismissed by referee Tomás Connolly for a second bookable offence. It mattered not as United held on to record the victory and come away with three points.

Next up for United are Cork City on Saturday 8th October, 7.00pm kick-off, at Eamonn Deacy Park.