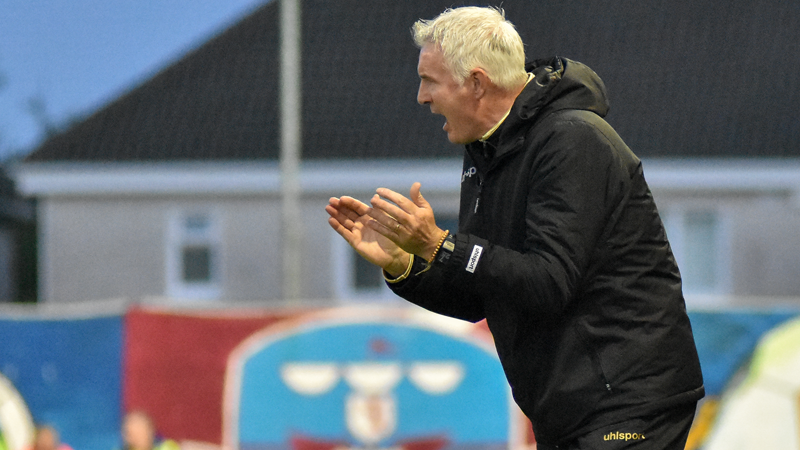 “First half we were very good, second half we created a lot of chances, but we didn’t take as many of them. It’s three points and we’re very happy with that.”

United raced into a 3-0 lead thanks to goals from Vinny Faherty, Enda Curran and Colm Horgan but Finn Harps clawed their way back into the game, scoring twice, which made it a nervy ending at Eamonn Deacy Park.

“We’ve had a lot of games and travel,” Tierney explained.

“In fairness to Finn Harps, they’re an honest group and they put in a great effort but I thought our players showed in the end that they’ve got pride in the club and they dug out the result in the end.

“We created a lot of chances, it was great to see Vinny Faherty and Enda Curran getting on the scoresheet. Finn Harps were always going to keep going, they’re fighting for their lives, they got two goals which kept them in it. 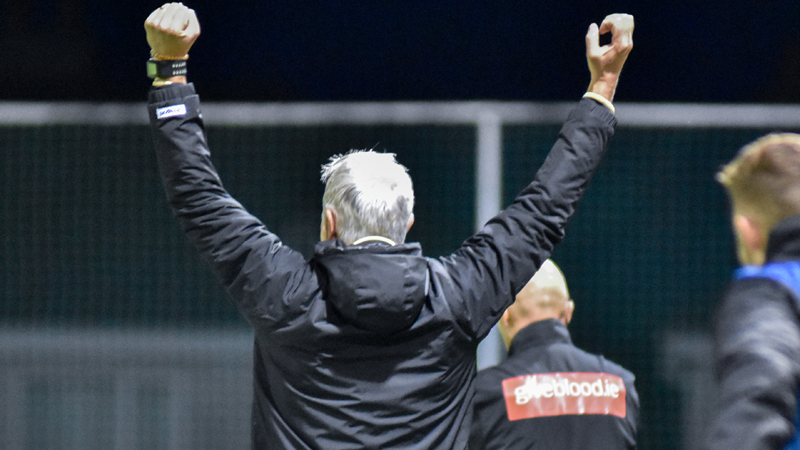 Nineteen-year-old keeper Kevin Horgan started only his second league game of the season and Tierney hailed the youngsters contribution.

“Kevin is a very promising but we’re lucky at this club because we have three very good goalkeepers.

“Kevin was always going to get a chance somewhere along the line and he took it.”

Cork City are the visitors to Eamonn Deacy Park on Saturday night and Tierney insists it’s a game United players will relish.

“Cork are a very good side, they’re going for the League. We’re looking forward to them coming here and we’ll prepare properly during the week and we’ll be ready.”