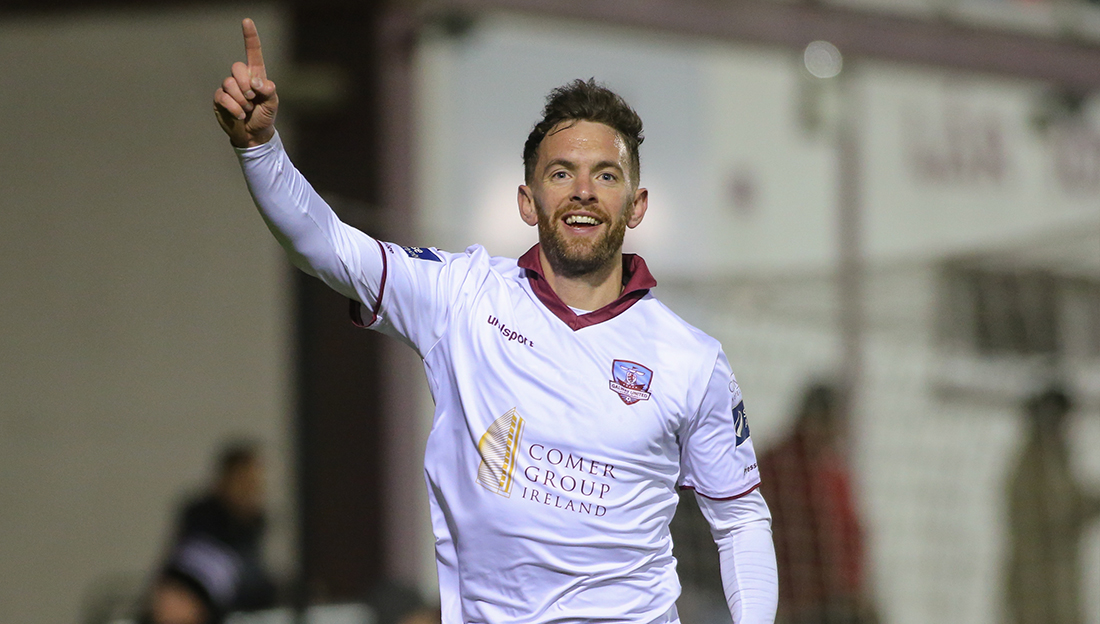 A hat-trick from debutant Danny Furlong and a first United goal for Ronan Manning saw off the challenge of Aaron Callaghan’s Athlone Town on Friday night at Eamonn Deacy Park.

Ryan Connolly rolled the ball into the path of Danny Furlong in the opening few minutes, but his snapshot trickled wide of goal.

After a tame opening period, Athlone had the first chance of their own when a missed Stephen Walsh clearance put Martin Walsh through one-on-one with Tadhg Ryan, and the ‘keeper did brilliantly to deny the striker a certain goal.

United responed through Stephen Kenny, who beat two defenders before attempting to curl the ball into the far corner, but his effort cleared the crossbar.

With just 14 minutes on the clock, Danny Furlong opened his United account. A ricochet off an Athlone player fell to the newly signed striker, who smashed it expertly into the bottom corner. 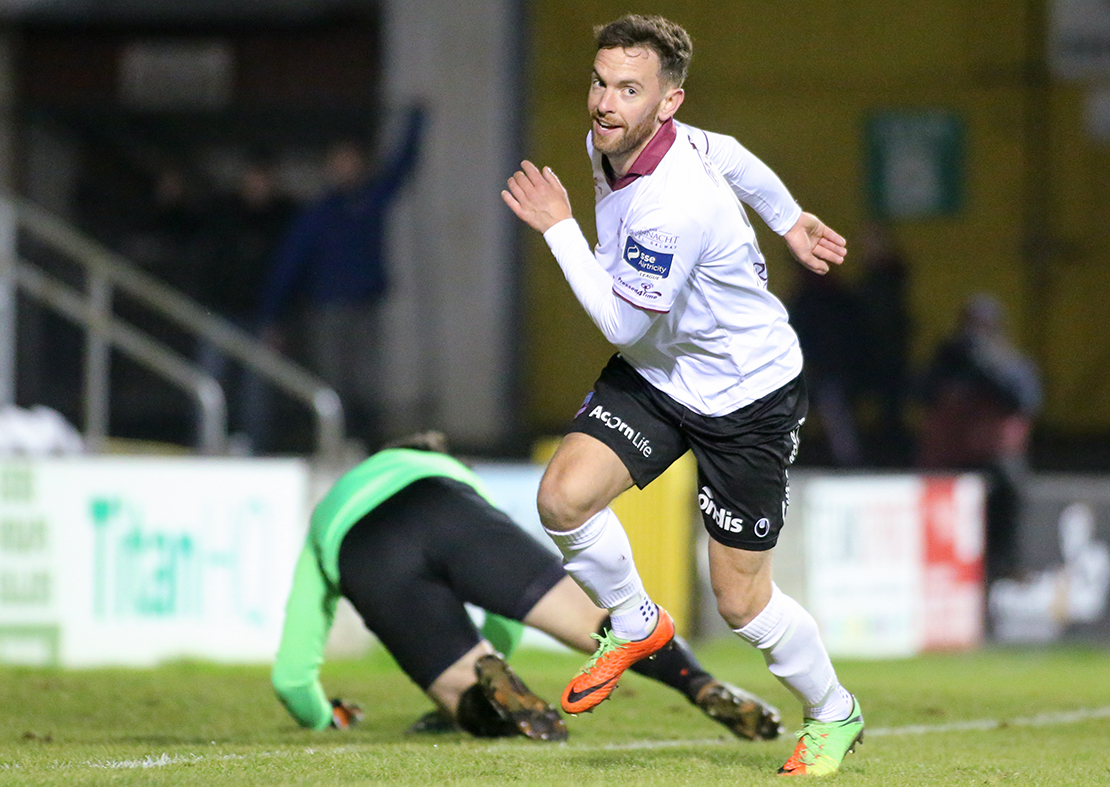 Minutes later a fantastic ball over the top from Ronan Manning dropped perfectly for Furlong, but it spun off the boot of the Wexford native at the crucial moment, with Athlone stretched.

A deep cross from Stephen Kenny sent into the box caught out Athlone ‘keeper Nathan Murphy, which cannoned off the crossbar. The ball then dropped to Marc Ludden, who drilled it low into the box. Furlong got in front of it to direct it goalwards, but Murphy saved.

A mix-up between Stephen Walsh and Tadhg Ryan almost saw Martin Walsh steal in for a goal, but the ball was cleared.

Just over ten minutes from half-time, Furlong got his second. The striker did brilliantly to steal a march on his marker, from a Marc Ludden long throw aimed at the near post, before directing the ball into the bottom corner past a stranded Murphy.

Athlone attempted to respond soon after through a powerful drive from Craig Short, but his effort was off target.

A fantastic switch of the play from Ryan Connolly found Stephen Kenny, who volleyed across goal, but Nathan Murphy was equal to it.

Early in the second half, Eoin McCormack showed his strength to hold off an Athlone defender, before slipping a ball through to Furlong, who rounded Athlone ‘keeper Murphy but his goal-bound effort was swept off the line. Athlone later spurned two chances to pull a goal back, but neither troubled Tadhg Ryan in the United goal.

Marc Ludden almost set up Danny Furlong for his hat-trick, but the latter’s header flashed wide. 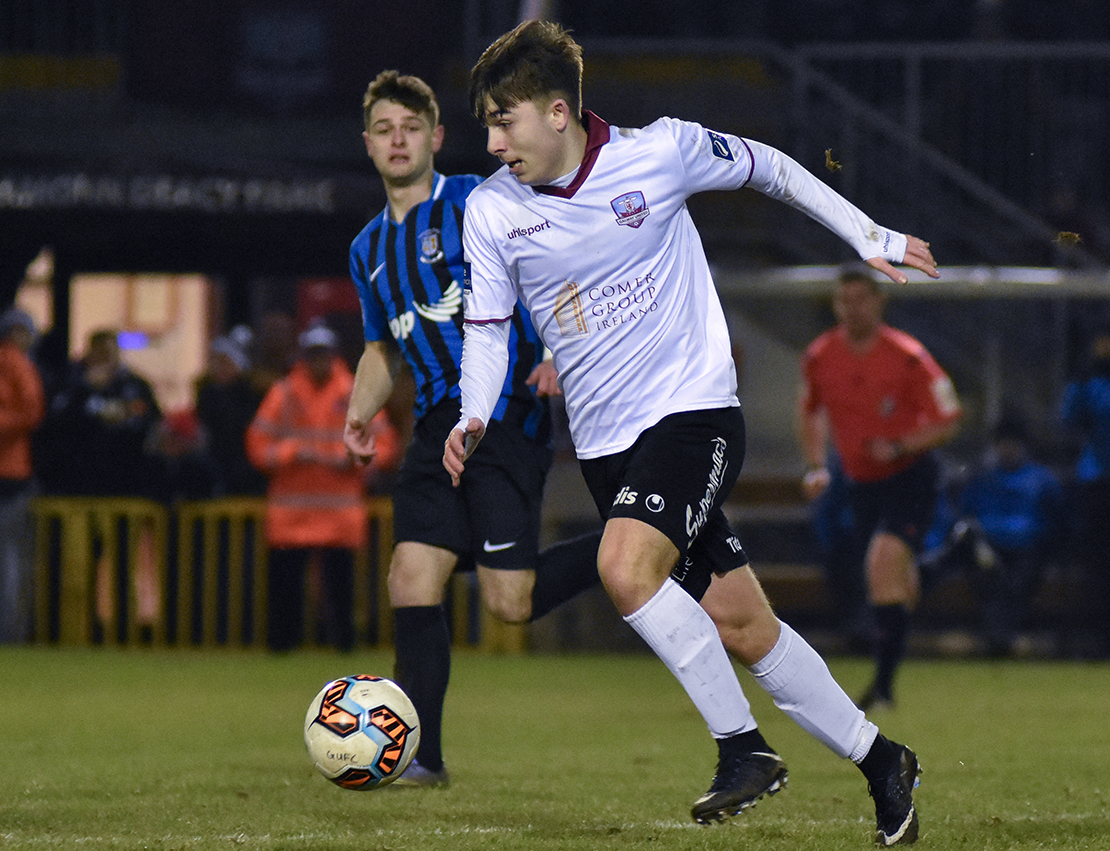 Moments later, Ronan Manning scored his first senior goal for the Tribesmen and his team’s third of the night. Marc Ludden’s cross wasn’t dealt with by Bashmil Nyakambili and the ball dropped perfectly for Manning, who hammered it into the top corner.

Ten minutes from time, Danny Furlong sealed his hat-trick. Gary Shanahan’s cross dropped in the box to Furlong, who calmly slotted it home from close range.

Deep in injury time Felix Perez scored a consolation for the visitors, with a powerful strike that nestled in the bottom corner, but it was the Tribesmen who ran out comfortable winners on the opening night of the season.