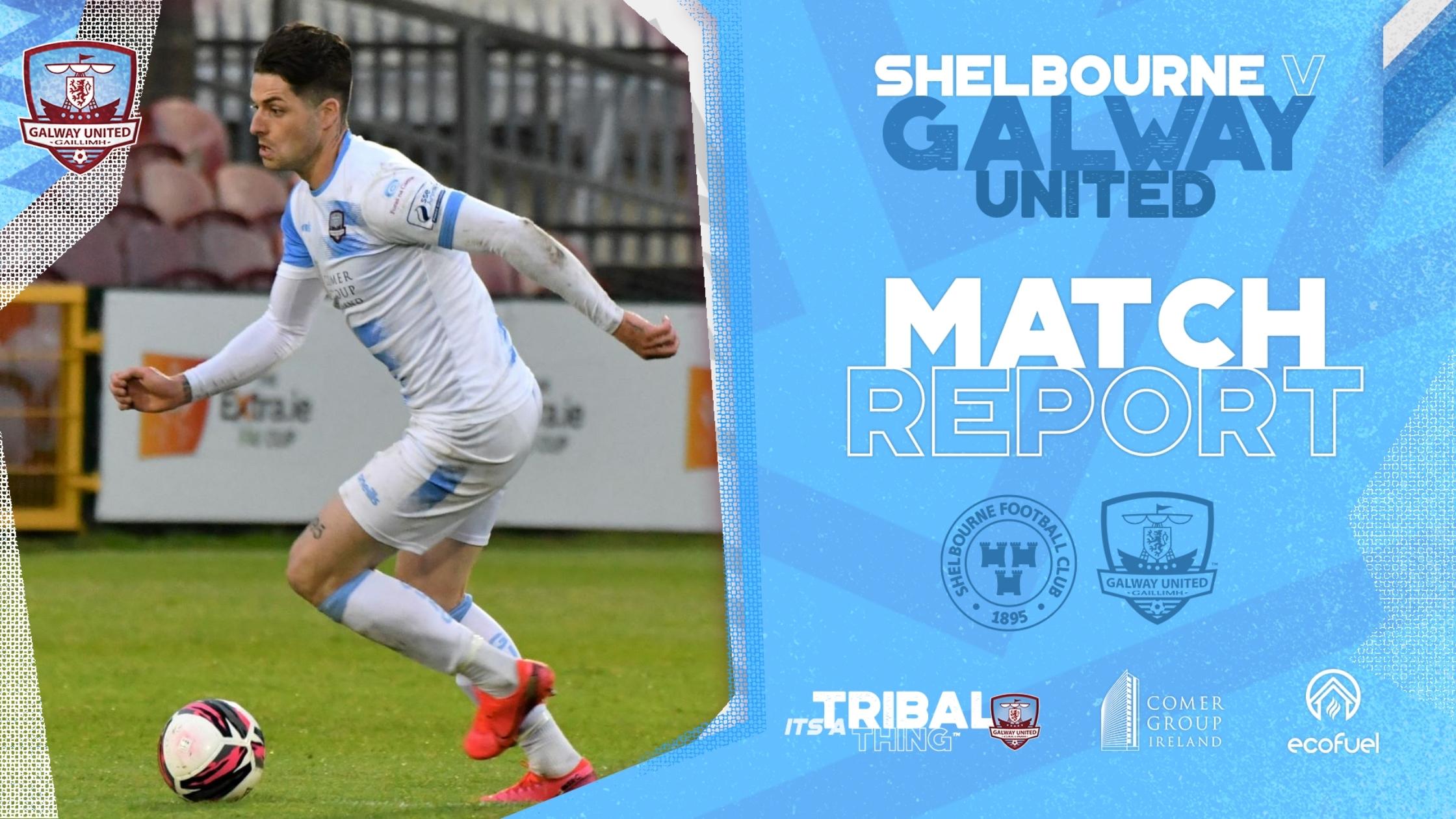 “There is a lot of work to be done in the next two weeks and a lot of hard decisions to be made.” John Caulfield, Manager

It was an even opening to the game as chances fell to Shane Farrell and Ruairi Keating early on but both were unable to hit the target.

The first clear-cut opportunity came the way of Michael O’Connor in the 24th minute. The striker controlled the ball in the box but Conor Kearns was up to the task as he saved his deflected effort that was bound for the top corner.

O’Connor got his goal a few minutes later as he opened the scoring in the 26th minute. After a stray pass by United from a free-kick, O’Connor hit a speculative effort from outside of the area that deflected past Kearns to put the home side in front.

Shels continued to control the first period but United created some opportunities as the half went on.

In the 38th minute, Conor McCormack supplied a teasing cross from the left wing which Maurice Nugent headed goal-wards but the defender was unable to direct the ball on target.

Shelbourne did look dangerous on the counter-attack, and they doubled their lead in the 42nd minute. O’Connor struck for a second time as his effort from outside the area deflected off a United player again to make it 2-0 on the stroke of half-time.

Shels went into the break two goals to the good.

The home side gained a three-goal advantage early on in the second period as Yoyo Mahdy scored for Shelbourne in the 53rd minute. The ball fell to Mahdy outside the box and the attacker finished emphatically into the bottom corner.

Both sides created chances at either end midway through the half. Kevin O’Connor came close for Shels while Shane Duggan came close with a long-range strike for the Tribesmen.

As United committed players forward, Glen McAuley put Shels four goals in front when he tapped the ball into an empty net after a quick counter-attack to make it a resounding lead for the home side in the 81st minute.

Table-toppers and unbeaten Shelbourne were worthy winners as they beat United 4-0.

“Shelbourne are a very good side but the most disappointing thing is that we have made too many mistakes in this first third of the season and we have given away too many poor goals.

“There is a lot of work to be done in the next two weeks and a lot of hard decisions to be made. Many of the players haven’t performed to a level I would have hoped for and we have two weeks to get it right.

“Ultimately, I feel sorry for the club and the supporters. You need to have the determination and the spirit to go out onto the pitch and do it, you have to leave it all out there. Unfortunately tonight, we haven’t performed across the white line.

“At the end of the day, we gave them a couple of soft goals which is frustrating. The only thing is that it is the first third of the season but we have to turn it around very quickly.”

Our next First Division game is home to Athlone Town on June 11th.