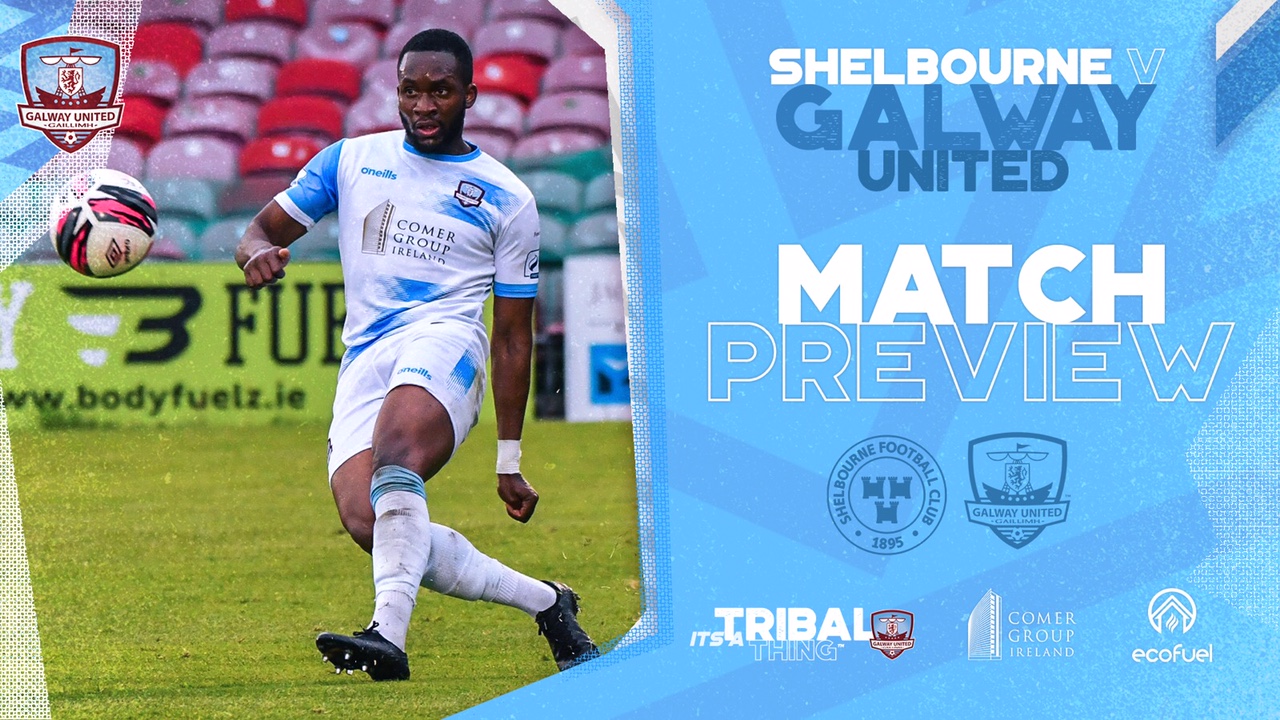 The Tribesmen begin the second round of First Division fixtures off the back of a 1-1 draw against Cork City at Turner’s Cross last week. Maurice Nugent scored late on to earn United a point away from home after being down to ten men for the second half.

Shelbourne, who are currently in 1st place on the First Division table and remain unbeaten, have won six out of their last seven outings. Ian Morris’ side defeated 2nd place UCD 3-1 at Tolka Park last Friday to put them five points clear at the top of the table.

United manager John Caulfield is aware of the challenge that faces his team on Friday night.

“It is the start of the second round of fixtures; Shelbourne are on a great run of form and we are looking forward to the game,” Caulfield told the club’s media team.

“We were happy to get a last minute draw in Cork last week after being a man down. The boys showed great character, as they have shown on a number of occasions this season with late goals.

“This week will be another difficult game. Shelbourne have excellent players and probably have a stronger squad now than they did in the Premier Division.

“As I always say, we need to perform to our best. It was a close game between the two teams in the first game of this season. We know how good a team they are, but at the same time we know how good we are as well.

“It is a very tight league; Shels have hit the ground running and are ahead of everyone at the moment. They are setting the pace so far but there is still a long way to go.”

Francely Lomboto and Ronan Manning will be out of action for the foreseeable future due to long-term injuries.

Conor O’Keeffe and Shane Doherty are back in training and could make a return to the squad after being absent through injury.

Stephen Walsh will miss this week’s fixture due to suspension.