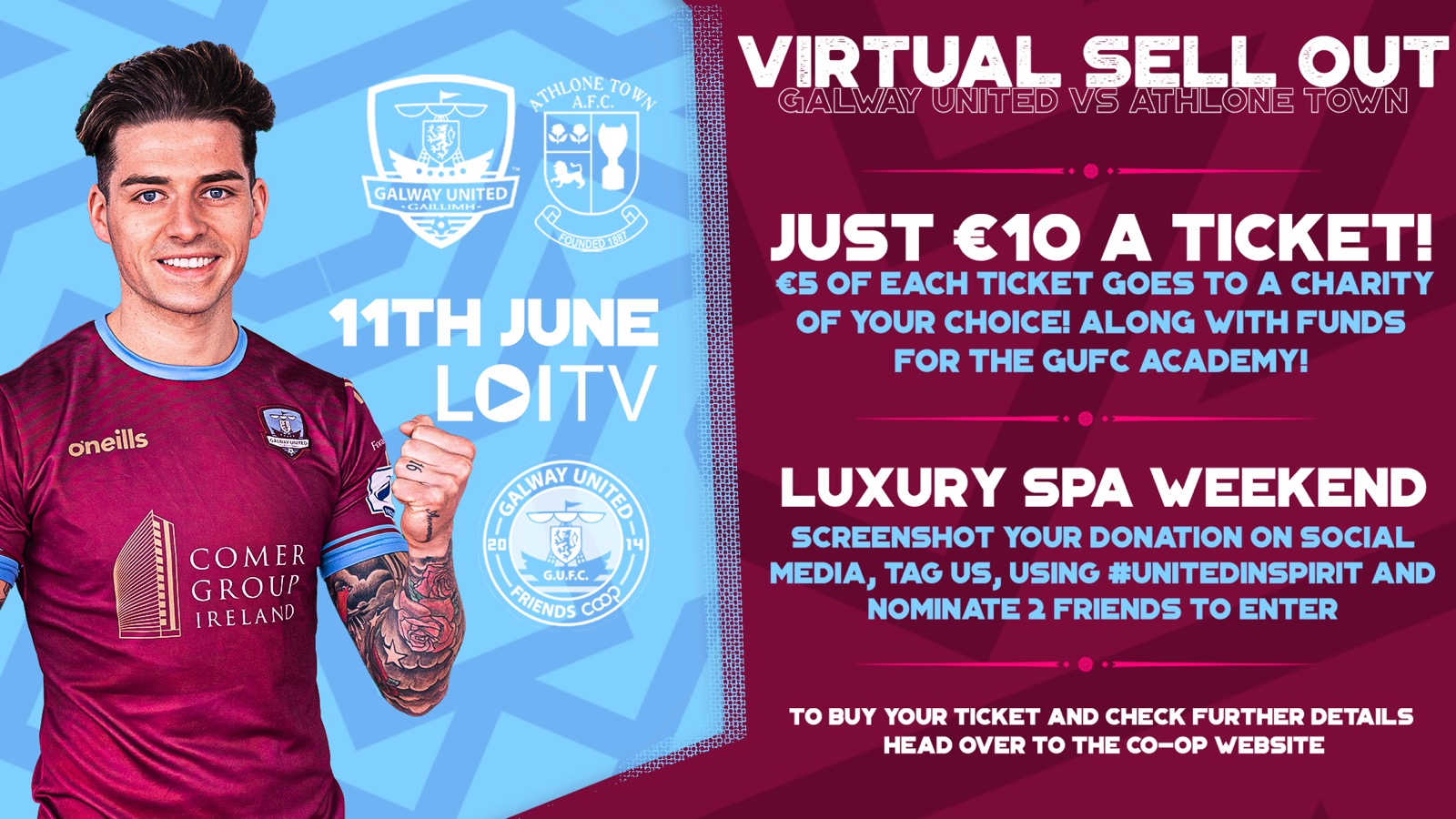 Galway United Friends Co-Operative are hosting a virtual match viewing fundraiser to honour the 30th anniversary of the FAI Cup final victory in 1991.

For United’s upcoming game against Athlone Town on June 11th, the Co-op is selling tickets for €10, €5 of which will be going to charity. You can choose who you want to support with your donation, from a list of charity partners participating in this event. The remaining €5 will go to the 4 underage teams of Galway United for their upcoming season.

For your tenner, you will get access to the live stream of the match on loitv.ie, a special 30th anniversary ticket which will be emailed on match night and everyone who shares their purchase on social media will be entered into a draw for a two night luxury spa weekend for 2, breakfast and dinner included. All you have to do is just screenshot your donation on social media, tagging the Galway United Co-Op, using the hashtag #UnitedInSpirit and nominate 2 friends!

Click here to buy your ticket from the Co-op site – as always, we are greatly appreciate your support.