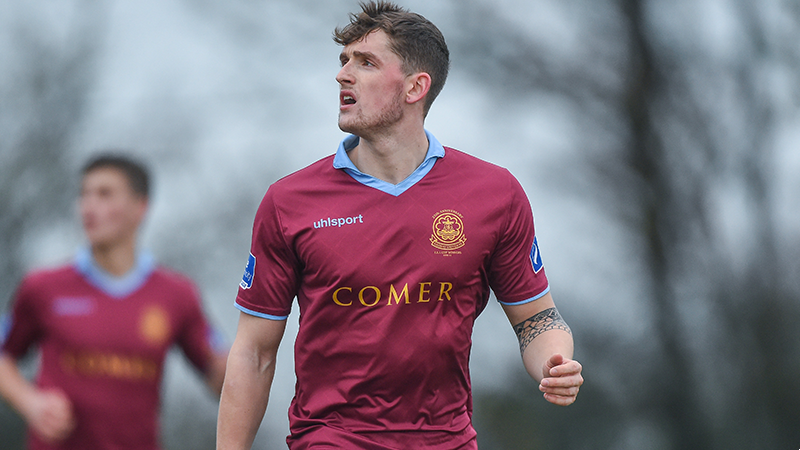 A second half Lee Grace strike on the hour mark turned out to be a consolation on the night, as a first half Mark O’Sullivan brace was enough to earn a victory for the hosts in tonight’s pre-season friendly at the RSC.

Waterford fired off a warning a few minutes in as a low shot from Kenny McEvoy came back off the post into the path of Mark O’Sullivan, whose shot was blocked down for a corner.

On the quarter-hour, Mark O’Sullivan crossed from the left flank into the path of McEvoy, whose effort had to be pushed wide of the post by Conor Winn.

Captain Colm Horgan provided a drilled cross for Jesse Devers who controlled well, spinning around to set himself for a shot, but it wasn’t powerful enough to trouble Matthew Connor in the Waterford goal.

25 minutes in, Marc Ludden put in a dangerous cross that caused trouble for the home side, as Patrick McClean was lucky his clearance went for a corner and not into his own net. Gary Shanahan rose highest to meet the resulting corner, but was unable to steer it on target.

Jesse Devers latched onto a long ball from Ronan Murray, but his effort on goal was well over.

Less than ten minutes from the break, Waterford hit the front. Sander Puri’s first touch cross across the face of goal was met by O’Sullivan who slotted the ball home at the back post.

Just before the half-time break, Waterford doubled their advantage. McEvoy came in from the right before rounding Winn and crossing to the grateful O’Sullivan, who made it 2-0.

Early in the second half, Kevin Devaney saw his effort blocked down. Murray picked up the rebound, but could only shoot wide of Connor’s post.

On the hour mark, United pulled a goal back through Lee Grace. A Gavan Holohan free-kick caused havoc in the Waterford box and when the ball fell to Grace, he found space to shoot past Connor.

Twenty minutes from time, Ciaran Nugent had to make a good save to deny O’Sullivan his hat-trick and was again called upon at the death to deny both Owen Wall and John Martin.