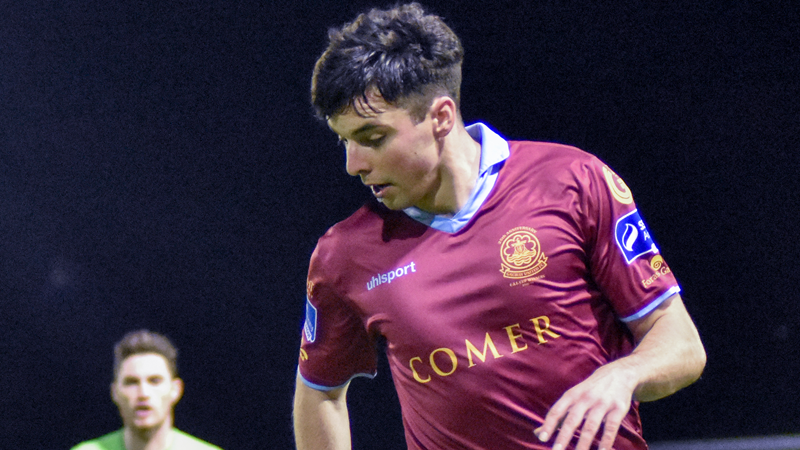 A disastrous 60 minute spell at Ferrycarrig Park cost United dearly, Wexford Youths raced into a 5-0 lead and despite a late surge and four second half United goals, Shane Keegan’s side held on just about for a valuable three points in their quest for survival.

The game was played in torrential rain with thunder and lightning throughout and it was Youths who were jolted into life first when Aidan Keenan held off Kilian Cantwell’s challenge before slotting past Kevin Horgan to give Wexford Youths the perfect start.

Gary Shanahan cannoned a volley off the crossbar with Graham Doyle beaten.

Vinny Faherty had an opportunity to drag United back on parity but he he couldn’t guide the ball on target.

Kevin Horgan produced an impressive save to deny Lee Chin, who rose highest in the box and headed goalward but the young goalkeeper tipped the ball around the post.

A defensive calamity allowed Wexford Youths to double their lead, a short backpass from Kevin Devaney was capitalised on by Danny Furlong and slotted past Kevin Horgan.

One minute later, Wexford Youths added a third goal. United inexplicably tried to play out of the back, Kilian Cantwell chipped the ball to Stephen Walsh, who failed to control it and Conor Whittle knocked the ball around Walsh before finding the back of the net.

United continued to defend poorly in the second half and Wexford took full advantage, a long throw from Craig McCabe was flicked on at the near post and Chris Kenny latched on to the loose ball and he had the simple task of applying the finishing touch from close range.

Worse was to follow for United, a slack ball from Stephen Walsh in defence was rolled straight to Danny Furlong and the striker once again benefited from slack United defending as he found the bottom corner with a powerful strike.

Kevin Devaney clawed a goal back for United, the winger cut in on his right foot and he unleashed an unstoppable drive that smashed off the crossbar on its route to goal.

Gary Shanahan’s cross from the right was then turned into Wexford Youth’s net by defender Aidan Friel with Vinny Faherty lurking with intent at the back post.

Kevin Devaney repeated the act once more, beating Friel before firing across Graham Doyle in the Youths goal to make it 5-3.

Substitute Conor Melody then grabbed his first United goal when a defensive header from Wexford Youths was only cleared as far as the young midfielders feet and he steadied himself before rifling past Doyle.

A comeback was unfortunately not on the cards however and a fifth United goal never materialised after Youths were given too much of a margin to hold on to.