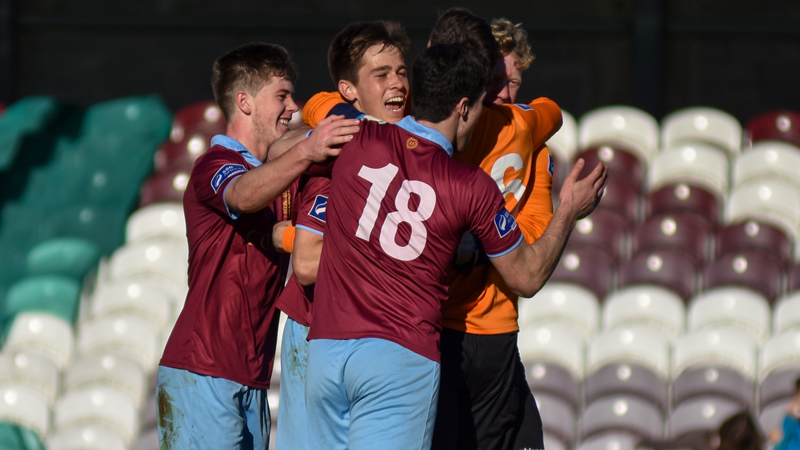 The SSE Airtricity U19 League Final awaits the Tribesmen as they overcame a tough challenge from an experienced Dundalk side this afternoon, to further extend what has been an excellent season for Johnny Glynn’s side.

Sunshine and a gentle breeze greeted the players and supporters at Eamonn Deacy Park today, in stark contrast to the conditions faced by the senior side in Ferrycarrig Park on Friday night.

Dundalk’s Michael O’Connor tested Kevin Horgan early on from outside the box and once again when Keith Dalton delivered a pacey cross. but the Lilywhites’ striker couldn’t convert. Five minutes in Jake O’Connor went close as his shot was deflected narrowly wide.

United were slow to grow into the game but Ciaran Nugent played a dangerous ball into the box after great work on the wing, which Eric Whelan needed to cut out, almost ten minutes in.

Robert Spelman hit a free kick from a central position over the bar after Josh Marvesley was taken down during a promising United attack. Moments later on the quarter-hour, Marvesley set Gary Kinneen through, but was unlucky to only find the side-netting.

Jessie Devers broke through on goal 18 minutes in, but the angle was too tight for the Mayo native to make his effort count. 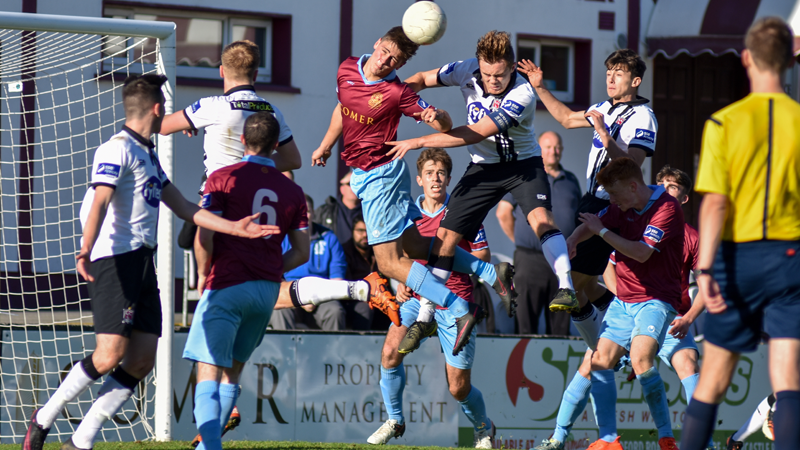 Michael O’Connor used his strength to shrug off the attentions of Aaron Conway before crossing for Carlton Ubaezuonu who could only steer it wide. Kevin Horgan was called into action twice in a short period of time on 33 minutes denying Ubaezuonu once again and later George Poynton.

Two minutes later United hit the front. Dundalk ‘keeper Ben Kelly came to claim the ball in the box, but Jesse Devers stole in to put a head to it before the visiting ‘keeper and nod it into the net.

Brilliant play from Maurice Nugent set up Ciaran Nugent who turned his marker before shooting wide. Anton Reilly struck the crossbar with a header for Dundalk just before half-time.

There was to be more drama before the break, as Tommy McClean received a straight red for a clumsy tackle. United knew a difficult second half was ahead of them but they did not recede into their own half and were dogged in their play.

In the 60th minute, United doubled their advantage with an exceptional goal. Josh Marvesley advanced into the box from the right, but had it taken off his toe. Not to be deterred, he regained possession and when there appeared to be few options at his disposal, hung a cross to the back post, where Gary Kinneen met it first time on the volley with his weaker right foot, blasting it home. Michael O’Connor almost struck back immediately but his effort rolled wide at the back post. 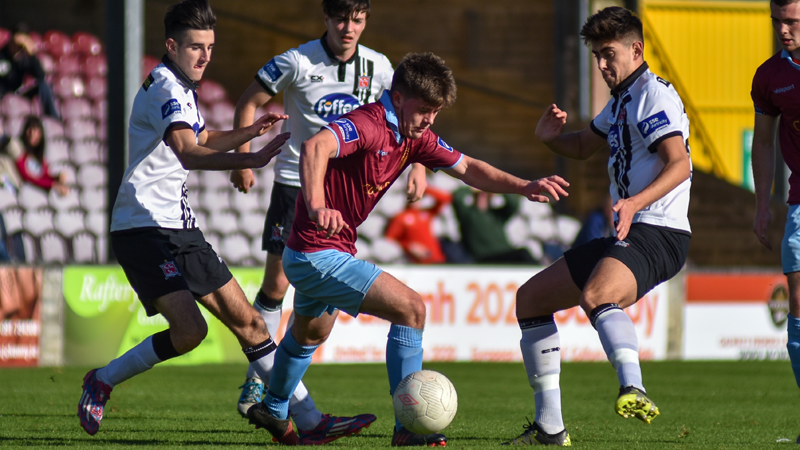 With less than 20 minutes left, Dundalk were themselves reduced to ten men, as Michael O’Connor received a second yellow after appearing into strike a United player with his knee in full view of the referee.

Marvesley had a chance to perhaps put the game beyond doubt, when he got the end of Kinneen’s but his glancing header was off target. Dundalk hit United on the counter soon after and Kevin Horgan had to deny Jordi Ibanda. Brilliant interplay from Jesse Devers and Gary Kinneen in the box gave the latter the chance to put the game to bed, but Ben Kelly made a fantastic save to deny the Galwegian.

Ten minutes from time Dundalk handed themselves a lifeline, when Jake O’Connor pulled a goal back when he found the bottom corner with a precise low finish giving Kevin Horgan no chance.

Andrew Connolly had the ball in the net deep in injury time with what appeared to be a legitimate goal, but it was ruled offside. Late pressure from Dundalk was repelled by United, with Horgan making a fantastic save to deny an equaliser at the death, but it was the home side who will advance to the final.