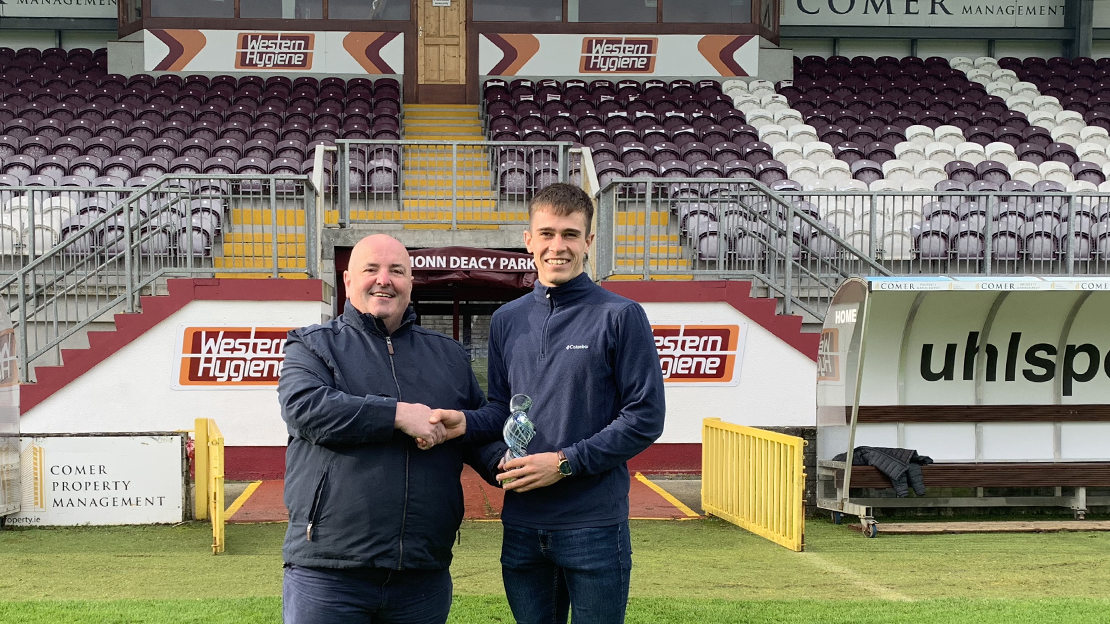 – United’s vice-captain was moved into midfield midway through the season and played an integral role in the clubs excellent late season form.

– Nugent featured in the Irish Colleges and Universities squad in Naples at the World University Games.

Maurice Nugent has been voted the 2019 Galway United Player of the Year by supporters!

Nugent has spent the last five years at Eamonn Deacy Park, progressing year-on-year since joining the club at under-19 level.

Alan Murphy shifted Nugent into the centre of the park as the season progressed and the Clare native pushed on and became an ever-present in the side.

Nugent scored against Shamrock Rovers in the Quarter-Final of the FAI Cup before rifling in a fantastic volley against Limerick that set United on their way to another win late in the season.