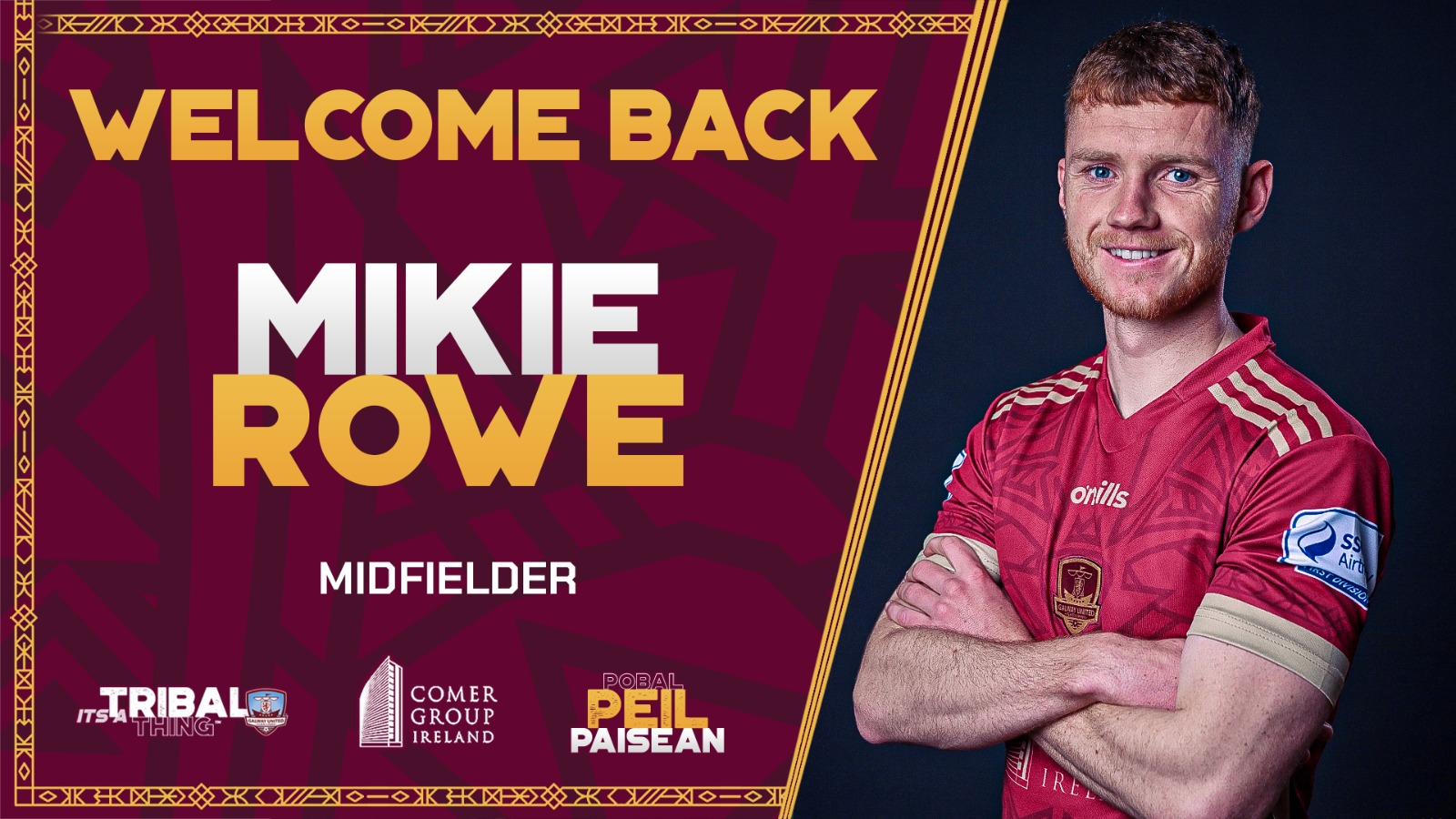 Galway United are delighted to announce that Mikie Rowe has signed for the senior men’s team ahead of the 2023 season.

Mikie was delighted to put pen to paper to re-sign with the tribesmen for the 2023 campaign, and he caught up with the media team in Eamonn Deacy Park earlier today.

“I’m delighted to be back. I’m looking forward to getting the work in and doing all I can for the club and the people of Galway and finish what we started.” 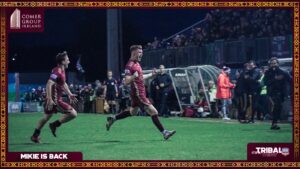 Mikie Rowe has become a bit of a fan favourite with the United fans as his chant rang around Eamonn Deacy Park many times this year, playing 25 times for United and contributing five goals and two assists during those games. Three of those five goals came in the Play-Offs games against Longford Town. He talked about what it means to play in front of the fans at EDP.

“A big part of my decision in coming back was that I could see the club going places, with a big part of that being the fan base. They were exceptional all year, home and away. The fact we got close to two thousand for a game in Limerick in the playoffs was incredible. That’s a big boast for the players and gives us massive hope that the club is going places, so it’s great to still be a part of that.”

The Wexford native began his career with the then Waterford United. He spent two seasons at the RSC before departing for America to play college football with Young Harris College in Georgia. He was named the United Soccer Coaches NCAA Division II Men’s National Player of the Year for the 2018 season, where he averaged better than a goal a game.

Rowe’s college form caught the eye of Tormenta FC, and he initially joined their academy side before signing professionally. He played for Tormenta for two seasons before deciding to return to Ireland to continue his professional football career with the Tribesmen.

In total, Rowe spent five and a half years in the United States and his versatility in attack, having lined out for Tormenta as a winger, attacking midfielder, and striker. is sure to bolster John Caulfield’s options in the final third in 2023.

Mikie Rowe is on board for 2023, and there’s plenty more to come as we continue building our squad for next season. Keep an eye out on our social media for updates!