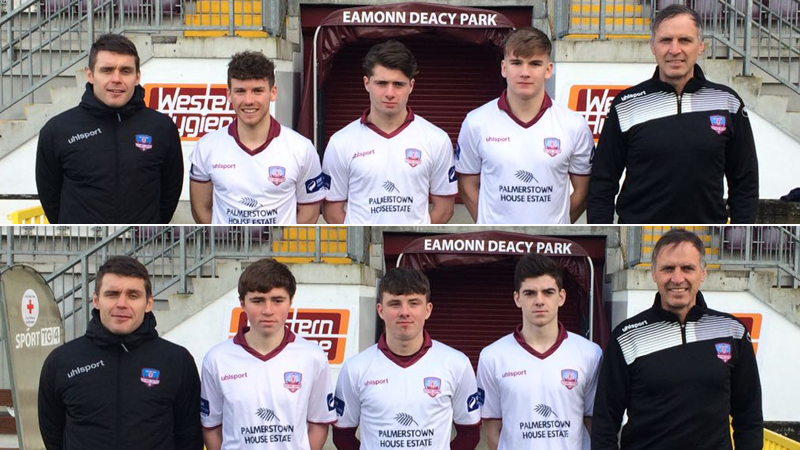 Galway United under-17 manager Alan Murphy has made the first additions to his squad for the forthcoming season.

Murphy, who was appointed boss last week, has wasted little time in building his squad and the Mayo man has added six exciting young players.

Liam Horkan signs from Mayo side Manulla and Caoilfhionn O’Dea joins from Clare side Newmarket Celtic.

Galway United will kick the 2017 under-17 season off with a home game against Kerry League on March 19th.

“Ronan Asgari has the experience of being a leading player in Mervue United’s under-17 team last year, it will make him a key player in this years team.

“Liam Horkan is a former Kennedy Cup and Mayo under-16 captain and he is one of the brightest prospects in underage football in Connacht.

“Fraser Allen, a native of Cappawhite in Tipperary, is a huge capture that was courted by a number of sides closer to home.

“Joshua Keane Quinlivan comes from a passionate Galway footballing family and he was one of the most exciting wingers in the under-17 league last year with Mervue United,” Murphy concluded.

Further signings will be announced tomorrow.