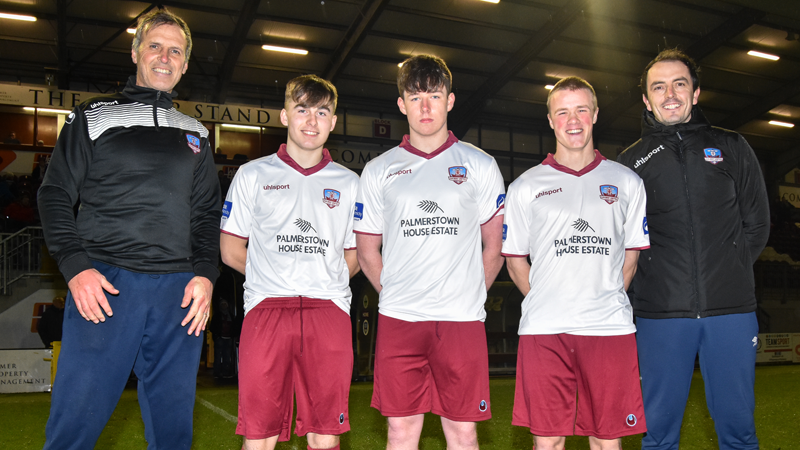 Nigel Keady has made three additions to his under-19 squad.

Galway United will start the 2017 under-19 season with a home game against Waterford FC on March 12th.

Speaking to www.galwayunitedfc.ie about the first additions to his squad, a delighted Nigel Keady remarked: “Ronan will be familiar to a lot of supporters.

“His brother Ryan plays for QPR and he’s quite like him in that he’s very technically gifted. He’s got a great eye for goal and he is certainly a player that will bring a lot to the team and he has played for Ireland under-15s right through to the Irish schools team level.

“Christopher Horgan is another familiar name, his brothers Colm, Kevin and Daryl have all played League of Ireland football. Christopher usually plays as a right-back or an attacking right sided player. He’s good on the ball and has a fantastic attitude, which will give him a good opportunity to do well in the future.

“Mikey Lynch joins us from Ramblers United in the Junior League, he’s a strong striker, with a good eye for goal and we think he’s a smart player who links up well with other attackers on the pitch.”

Further player announcements will be made in the coming days.