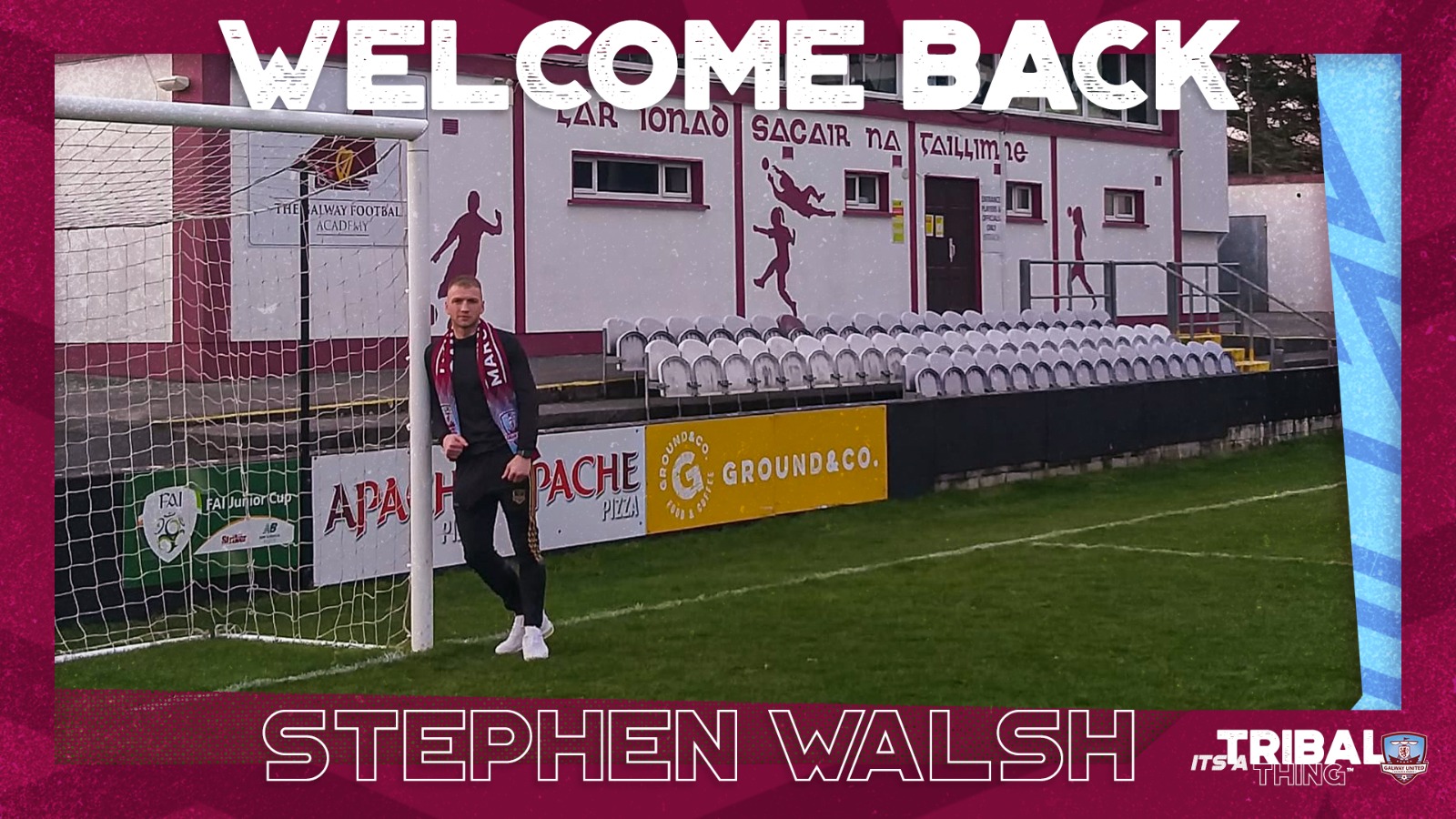 Galway United are delighted to announce the signing of defender Stephen Walsh.

The 30-year-old returns to Eamonn Deacy Park after making over 200 appearances for United between league and cup since his first spell with the club in 2010.

The former Mervue United man was an ever-present member of the Galway FC side that clinched promotion to the Premier Division in 2014, and he remained with the club for a further two seasons before signing for Longford Town in 2017.

After a brief spell with Athlone Town in late 2017, the rugged defender re-signed with United ahead of the 2018 campaign and would spend a further two seasons playing for his hometown club, including captaining his side in 2019.

Walsh returns to United to play his eighth League of Ireland season in the maroon jersey after playing junior football with Galway Hibernians last year.

“First of all, I am delighted to be back playing with my hometown club,” Walsh told the media team.

“When John [Caulfield] contacted me and offered me the chance to play with Galway again it was an easy decision for me to make and I’m thankful to John and the backroom team for offering me this opportunity.

“I have had some great times playing with Galway already such as winning promotion with the club in the 2014/15 League of Ireland season and I hope to create many more great memories with the Galway supporters and my teammates under the Friday night lights at Eamonn Deacy Park.

“However, a huge thank you must go to my boss Sean Cullinane at Marvoy Office Supplies and my family who have been very supportive in my return to full-time football. Here’s to a big year ahead and hopefully we get to see the fans back soon at Eamonn Deacy Park, particularly Paddy Grant who is a lifelong Galway United supporter and friend.”