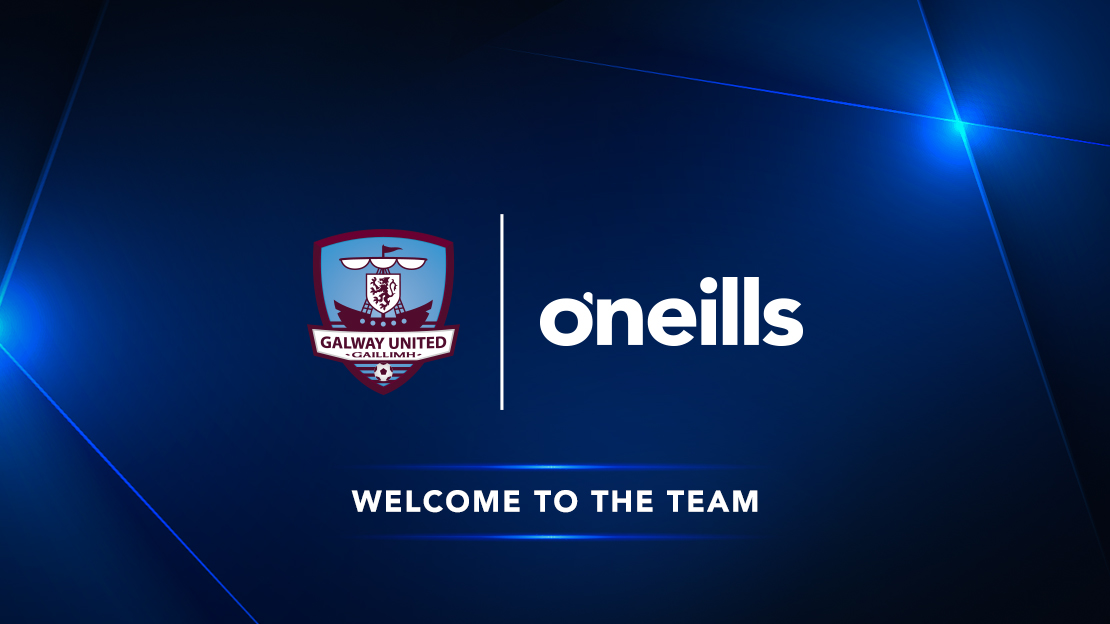 The deal will see the Irish sportswear giants supply kits for the League of Ireland First Division club from 2021 onwards.

The Tribesmen, who play home games at Eamonn Deacy Park, appointed John Caulfield as their new first-team manager earlier this year. Caulfield previously enjoyed a hugely successful spell managing Cork City and Galway United fans will be hoping he can revitalise their fortunes in a similar way as they aim to work their way back to the Premier Division.

Cormac Farrell, Marketing Manager O’Neills said: “As Ireland’s largest sportswear manufacturer, we are excited to be involved with the new impetus in soccer in the western capital. Galway United are a highly professional club and under the guidance of a top-class League of Ireland manager, John Caulfield, as well as the backing of the Comer Group, we are partnering with the club at an exciting phase of their development. We look forward to further enhancing the club product offering with our innovative and industry-leading playing and leisurewear. We wish Galway United every success in their pursuit of promotion to the Premier Division,” he added.

Jonathan Corbett who is the head of commercial activity at the club said about the new deal:

“We are thrilled to be partnering with O’Neills who are without a doubt the most iconic Irish sports brand around. Their level of professionalism and experience is incomparable in the field of sports clothing and they’ve been a pleasure to deal with from the first point of contact.

“While O’Neills may not have been traditionally a League of Ireland kit supplier, the work that they have done with a number of other clubs in the league has been fantastic, innovative and thoroughly unique. We are excited about the designs and techniques O’Neills are going to showcase in the ranges which have been planned for the Galway United kit for the upcoming season. We are confident our supporters and players alike will love the quality and styling of the gear and look forward to a long-standing and fruitful relationship between Galway United FC and O’Neills.“

The club merchandise will be released in the coming months, with the eye-catching 2021 away shirt due to be unveiled before Christmas. The official Galway United FC range will be available from oneills.com, Elverys retail and online as well as the Galway United club shop.