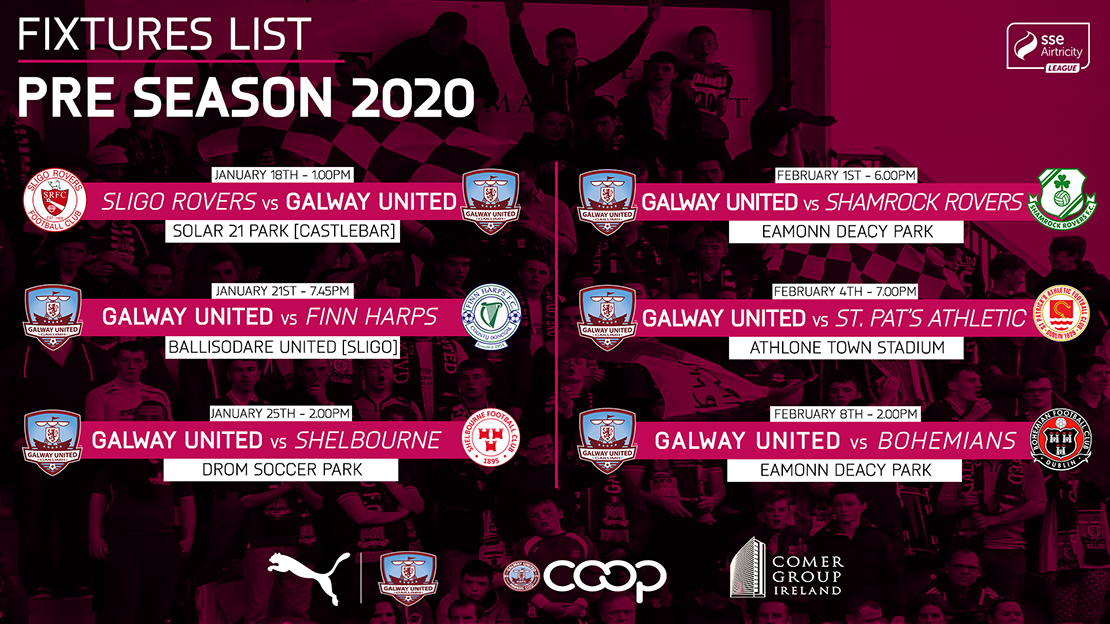 Alan Murphy’s side will follow that up with a trip to Sligo’s Ballisodare United to face Finn Harps then on January 21st.