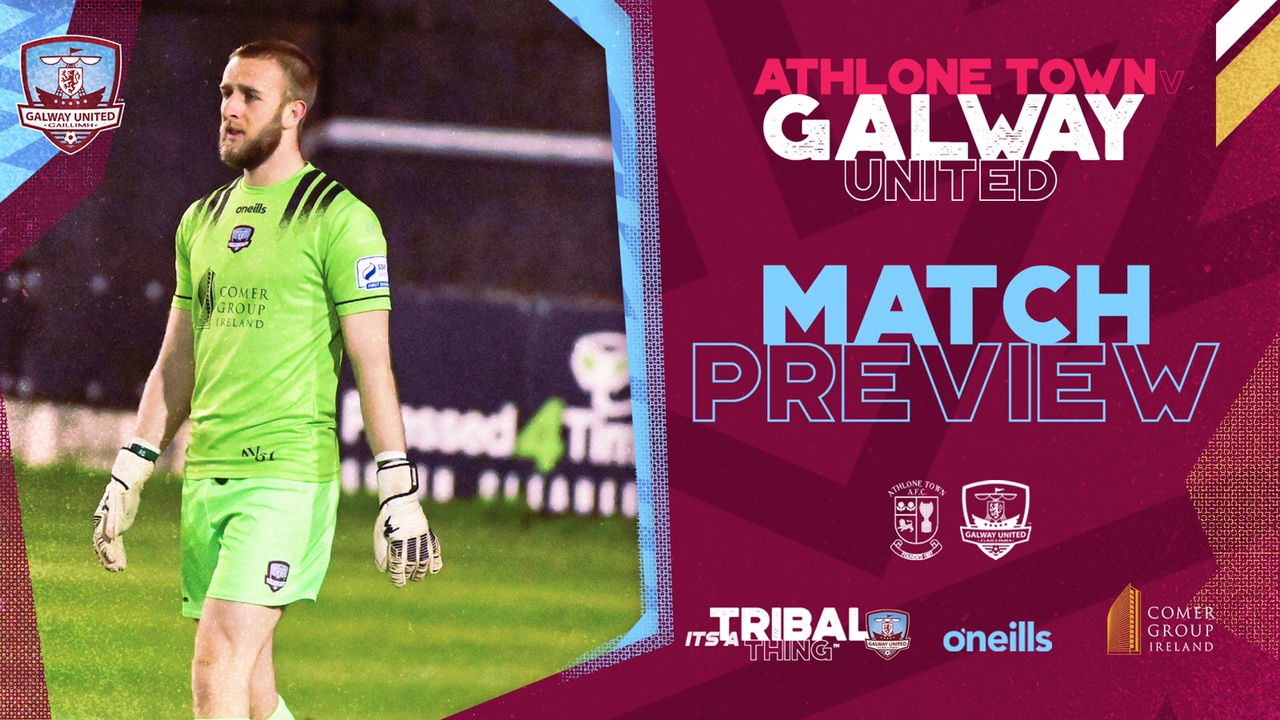 “Every week you have to be on your game. It is a highly competitive league and we know we have to play to our best standard to get results.” – John Caulfield, Manager

Galway United travel to the Athlone Town Stadium for their second league game of the 2021 First Division season.

The Tribesmen began their First Division campaign with a 0-0 draw against Shelbourne last Friday at Eamonn Deacy Park. It was a feisty encounter on Corribside as Shels played more than 45 minutes with ten men.

United manager John Caulfield is looking forward to yet another challenging game against Adrian Carberry’s Athlone Town side, who started their campaign with a 2-2 away draw against UCD.

“It is another huge test for us on Friday night,” Caulfield told the club’s media team.

“Athlone had a fantastic result against UCD to start the season and have a very good team. They have brought in a number of quality players with experience and will be looking to compete for the division title. It is another great game to look forward to, we have been working all week for it but we know how difficult it will be.

“Reflecting on last Friday’s match, I thought we played quite well during the game and created some chances but unfortunately we didn’t take them. This team will improve as we go on and I am very happy with the attitude of the lads so far.

“Every week you have to be on your game. It is a highly competitive league and we know we have to play to our best standard to get results. With the one automatic spot, it is going to be a real challenge for all the teams but all we can do is be on our top form.

“There are a few knocks from last week and we will know better closer to kick-off but we are hopeful they will clear up. We are still at the start of the season and it is a long way to go but it is another big game for us on Friday night in Athlone.”

Stephen Christopher and Ronan Manning (hopeful) will return to the squad after missing last week’s game.