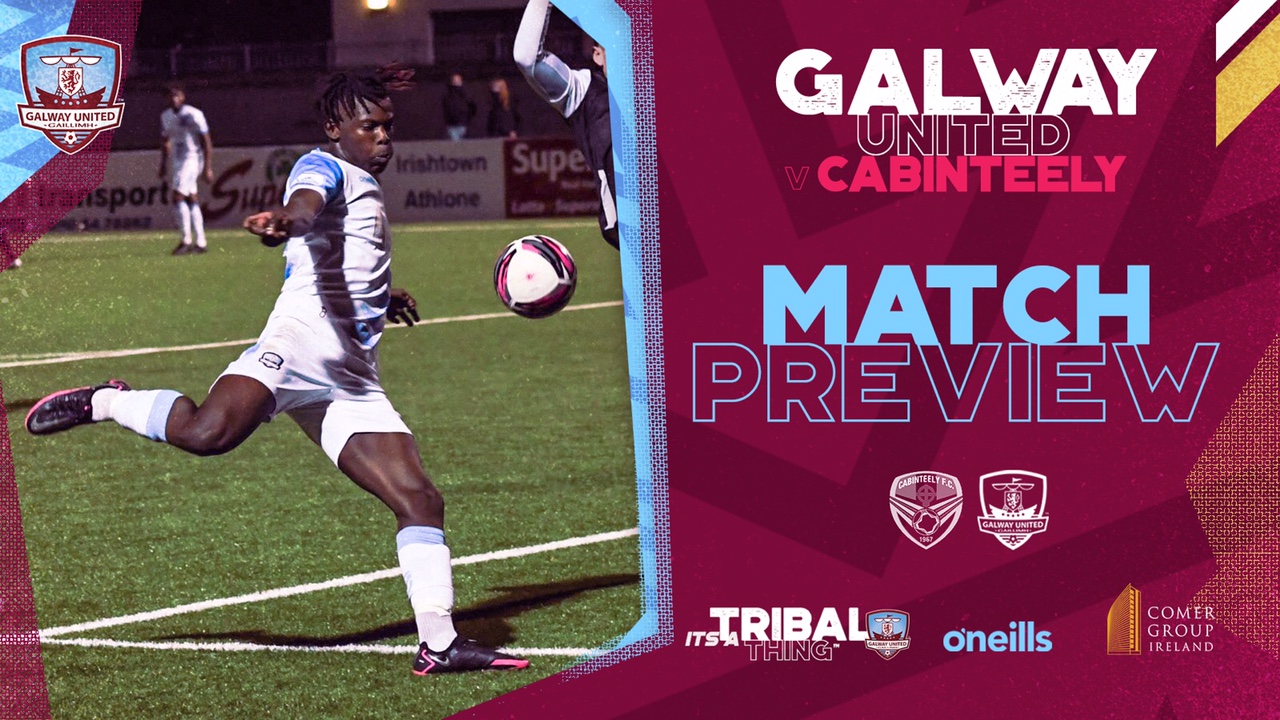 “It is a new week and we have been preparing for another tough game against Cabinteely on Friday night.” – John Caulfield, Manager

Galway United travel to Stradbrook Road on Friday in search of their first victory of the season against an unbeaten Cabinteely outfit.

The Tribesmen will be aiming to bounce back from a 3-1 defeat at the hands of Athlone Town last Friday in Lissywollen.

Cabinteely have started the season impressively, defeating Wexford and Cork City in their opening two fixtures. Pat Devlin’s side currently sits in first place on the First Division league table heading into the third round of fixtures.

United manager John Caulfield knows that it will be a difficult encounter against the Dublin side but is determined for his team to bounce back after last week’s game.

“It is a new week and we have been preparing for another tough game against Cabinteely on Friday night,” Caulfield told the club’s media team.

“Pat Devlin and Eddie Gormley have done a great job with Cabinteely over a number of years. They are always competitive and always challenging in the league. They have won their first two games and Pat has a knack for making his team highly competitive every year. We know how difficult a challenge it will be once again, Cabinteely are top of the table and they expect to challenge to get out of this First Division.

“Every team has improved this season and anyone can beat anyone in this league. We just have to keep working hard and give a much better performance than we did last week. It is a huge game for us.”

It is hoped that everyone else will be in contention for Friday’s game.