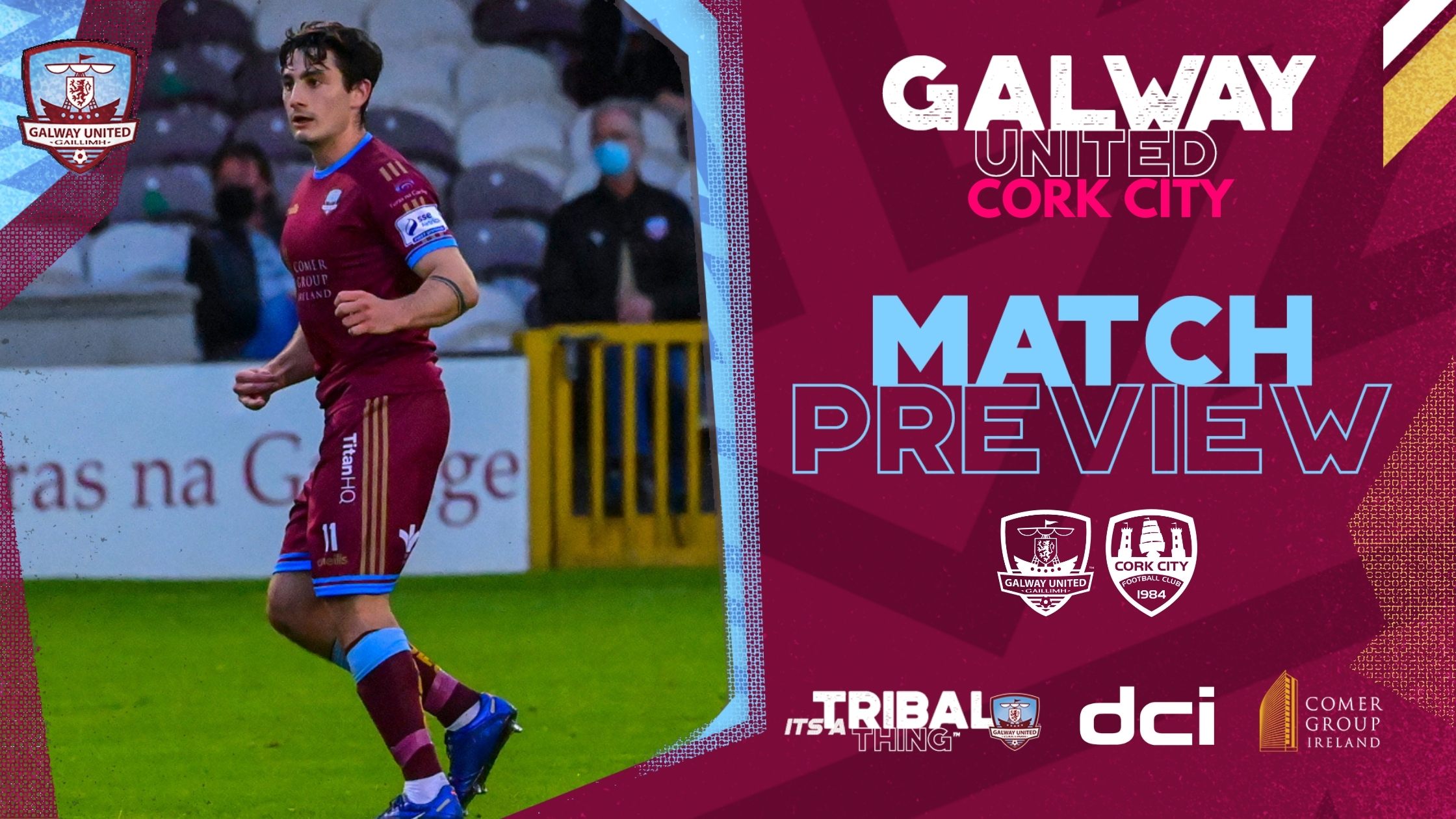 “It is very tight between all of the clubs in this league.” – John Caulfield, Manager

United have the opportunity to make it eight games unbeaten in the First Division this Friday when they face 9th place Cork City. 800 supporters will be in attendance at Terryland for the first time this season, the last remaining tickets are available to purchase here: https://galwayunitedfc.ie/match-tickets/

The Tribesmen go into this week’s fixture with six wins and one draw in their last seven outings which leaves them nine points off table-toppers Shelbourne. John Caulfield’s outfit defeated Wexford FC 3-1 at Ferrycarrig Park last Friday thanks to three second half goals from Padraic Cunningham, Killian Brouder and Shane Doherty.

This week’s opposition Cork City have claimed three wins since the start of their campaign and are winless in their last five league games. Colin Healy’s side drew 1-1 with UCD at Turner’s Cross in their most recent contest which has the Rebel Army eleven points off play-off positions.

“I know my football and I know how tough every game is in this division,” Caulfield told the club’s media team.

“It is very tight between all of the clubs in this league. I don’t think a team is guaranteed to get a result here or there as it is a very even playing field. The playoff places will go right down to the wire.

“We have to drive on; the most important game for us is Cork on Friday, who are a fantastic team and a fantastic club. If we don’t play to our best, we won’t get the result. We need to be at it from the start against them.”

Carlton Ubaezuonu will also miss this week’s game due to injury.