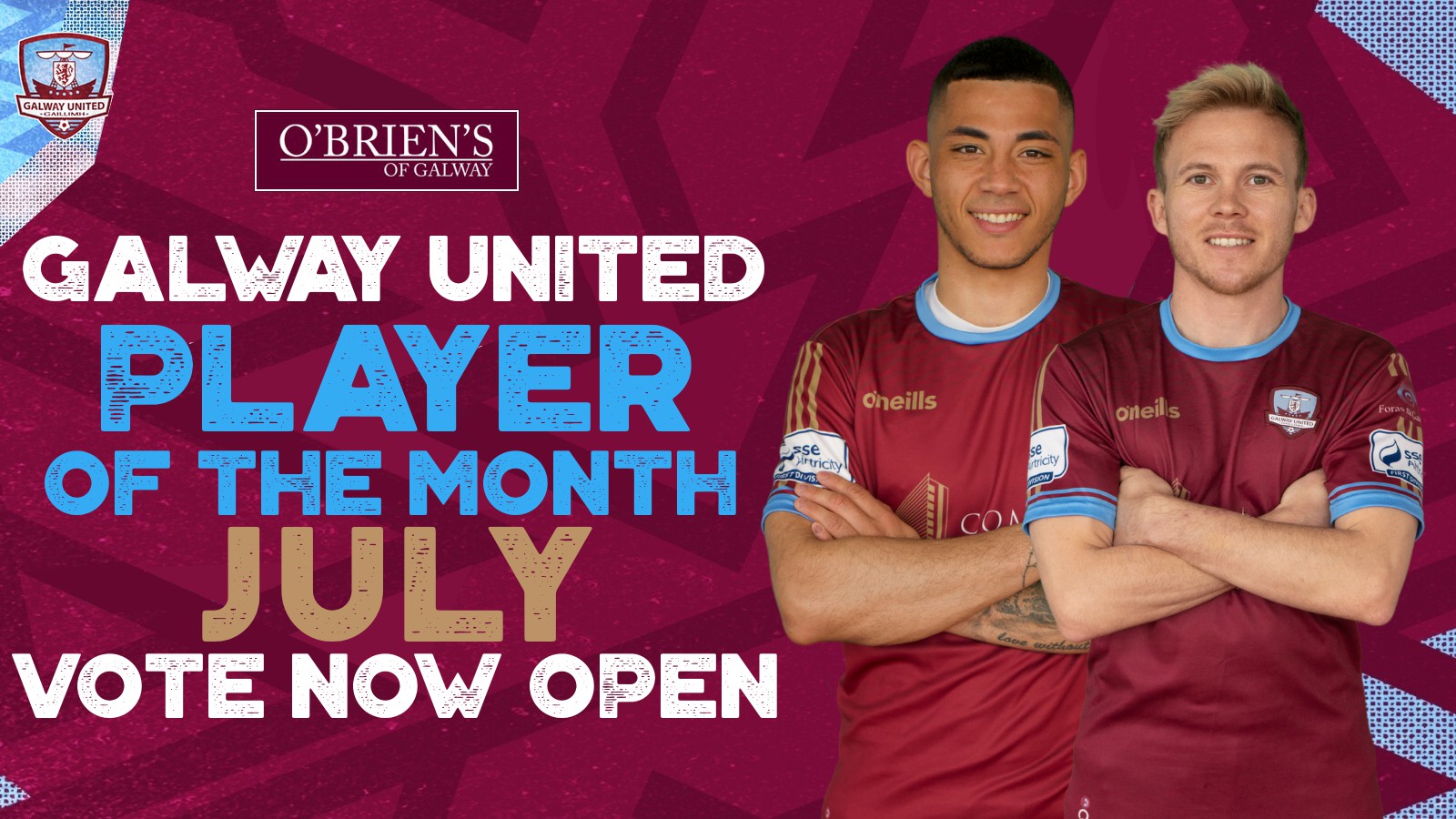 Supporters can now cast their vote for the O’Brien’s of Galway Galway United Player of the Month award for July.

Choose from the twenty players that John Caulfield used this month. There are lots of candidates – the cup result notwithstanding, the side extended their unbeaten league run to two months, with just the one goal against Wexford conceded.

Voting will close on Friday, August 6. The June and July awards will be presented at the Shelbourne game on August 13th..