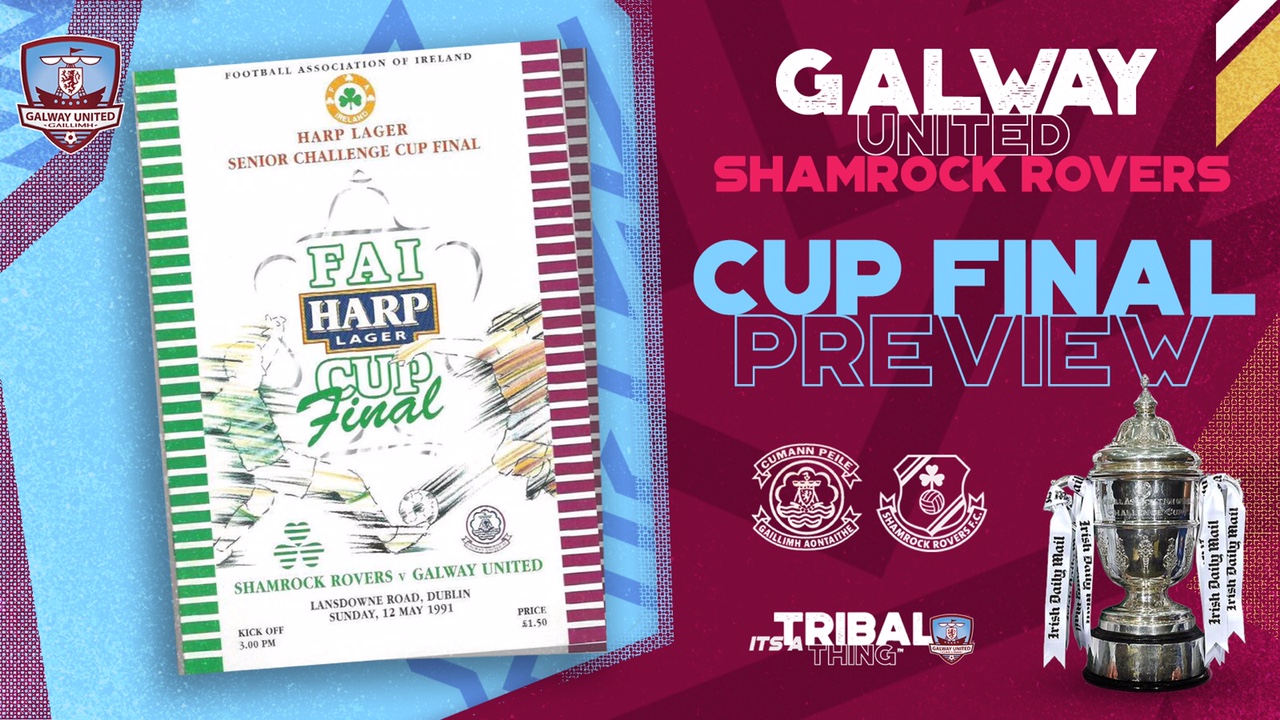 “The confidence is extremely high. I have never seen lads so determined to achieve this win. I think we will do it.” – Joey Malone, Manager

The Tribesmen are on the edge of glory as they search for their first FAI Cup victory at Lansdowne Road. United, who made it to the FAI Cup final once before in 1985, were defeated 1-0 by Shamrock Rovers that year at Dalymount Park, with Noel Larkin scoring the winner for Rovers.

United have defeated Cobh (3-1), Shelbourne (2-0), Limerick City (2-1) and St James’ Gate (3-1) to reach today’s cup final. Tommy Keane is the only United player to score in all four cup matches this season.

Manager Joey Malone has praised his player’s efforts in getting to today’s final against Shamrock Rovers, who have won the FAI Cup an impressive 24 times.

“To be honest, I didn’t think we would get to the final this season,” Malone told the Connacht Tribune.

“I was flattered by the displays in the League Cup but we had a lot of problems in the league. However, getting to the final is a just reward for the lads.

“They have put in a tremendous effort over the past few months. I couldn’t ask them to do more. They deserve everything they get. All we have to do now is good on and win the title.

“We have to respect Shamrock Rovers, but we certainly don’t have to fear them. We have come through this cup campaign doing very little wrong. I have said all season that we just needed to sort out a few small problems and we were capable of taking on and beating the best in the league.

“The confidence is extremely high. I have never seen lads so determined to achieve this win. I think we will do it.”

Larry Wyse is nursing a calf issue but is expected to be fit for the final.

Jimmy Nolan has recovered from a back issue and will be available for the final.

Team Captain Johnny Glynn is also fit to play the final after breaking his nose in the semi-final victory.