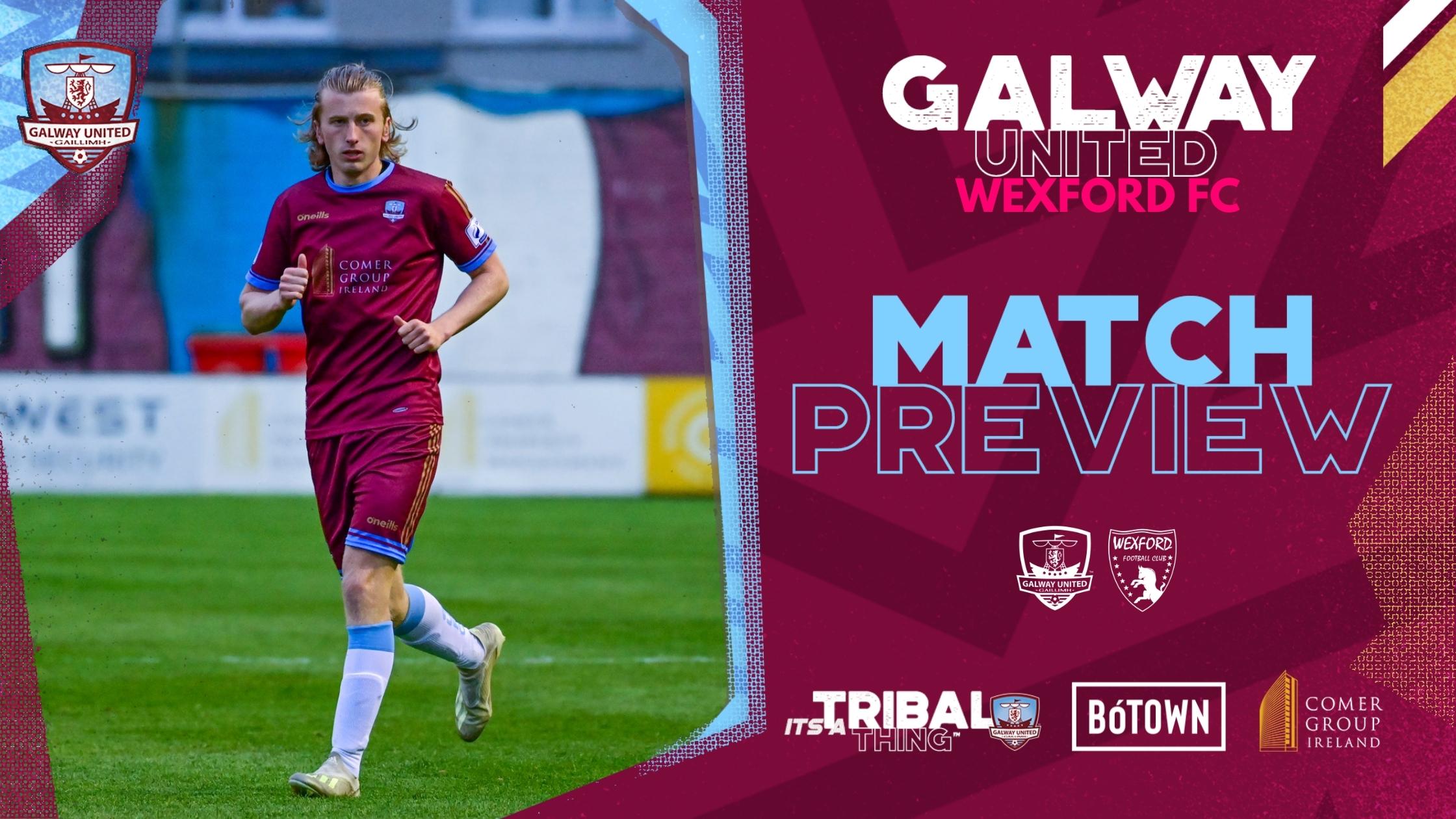 “You focus on the next game, we have been training hard all week, and we are looking forward to a tough game against Wexford.” – John Caulfield, Manager

The Tribesmen go into this week’s game after a disappointing 2-1 defeat by Bray Wanderers at Eamonn Deacy Park last Friday. Gary Shaw scored a late winner for the Seagulls after Ruairi Keating brought United level in the first-half.

Wexford have started the season with seven defeats in their opening seven games and sit in last place on the First Division table. Earlier this week, Wexford manager Brian O’Sullivan left the club by mutual consent following their 5-0 defeat to Cork City at Turners Cross last Friday.

United manager John Caulfield is hopeful that his team can bounce back following last week’s defeat.

Last Friday showed how every week the games are so tough. We were very disappointed with the late goal but we have an opportunity with another home game to put it right,” Caulfield told the club’s media team.

“While there was disappointment, that is last week, it is over and done with. You focus on the next game, we have been training hard all week, and we are looking forward to a tough game against Wexford.

“If you look back to three weeks ago in their first four matches, Wexford got beaten by the odd goal by Shelbourne, Cabinteely, and Cobh. Then all of a sudden they were unlucky in Athlone when Athlone got two very late goals.

“Until the last two weeks the results had been quite tight, but in the last few weeks, things haven’t gone right for them. They have a certain number of players who have been around the league and are good players.

“For us, it is about trying to make sure we start on the front foot as we did against Cobh a few weeks ago, that we start the game right. If we do that I think we will win the match. If we start slow like we did last weekend then you are putting yourself in trouble. I keep saying that you have no easy games.

“It is about trying to get consistency; we need to win the match. Even though it is early days I still believe that we have an excellent team. I believe they are a great bunch of guys, and we have lots to work on.”

Francely Lomboto, Conor O’Keeffe, Shane Doherty and Ronan Manning will be out of this week’s fixture due to injury.