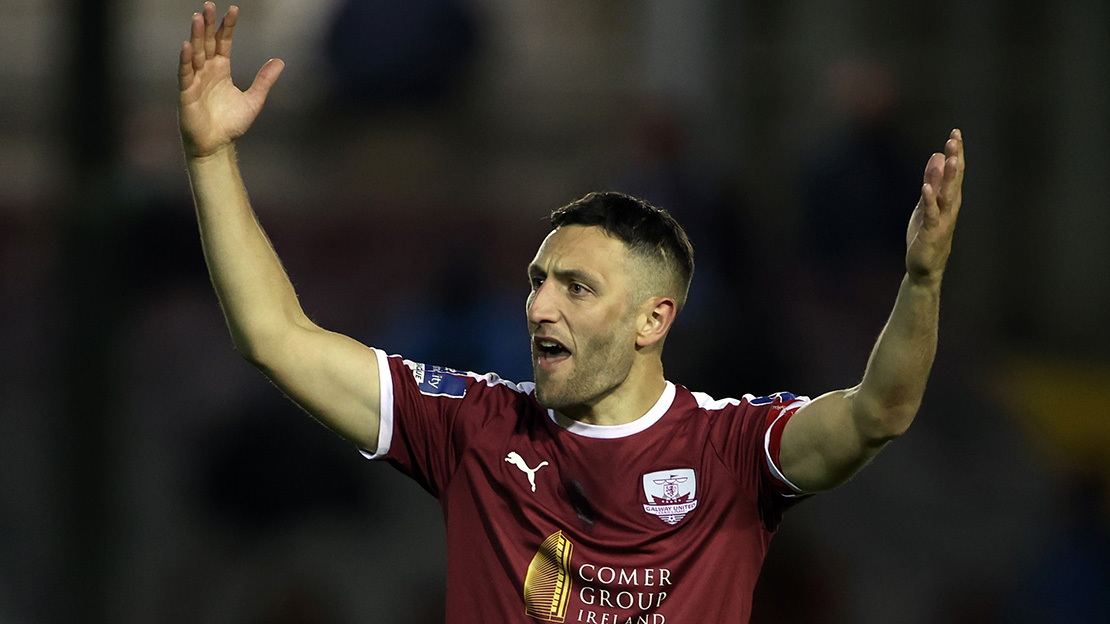 Galway United kick off a hugely important week for the club with a re-fixed league fixture against Drogheda United at Eamonn Deacy Park on Tuesday evening. Kick-off: 7.45pm.

John Caulfield’s side have gone on an eye-catching run of form, winning six out the last seven league games.

The Tribesmen know what they must do – victories will be required in their remaining three league outings if a play-off place is to be attained.

In the space of a week, United will face Drogheda United and UCD at home, and a trip to the Carlisle Grounds is stuck in the middle on Saturday afternoon.

United ran out 6-2 winners against Longford Town in their last outing over two weeks ago.

Half time substitute Carlton Ubaezuonu grabbed a hat-trick at the midlands venue against his former club and Galway United manager John Caulfield wants his players to pick up where they left off.

CAULFIELD HOPES HIS SIDE CAN FIND THEIR FORM AGAIN AFTER BREAK FROM PLAY
“The lads are in good form. We had a good session yesterday and we’ll have another one this evening.

“In ways, the break has been good for us, and obviously everybody’s health is the main priority.

“We’re looking forward to the Drogheda game now, we know how good of a side they are.

“Tim Clancy has done brilliantly with them, they’ve got to the play-offs twice and they’ll be aiming to make it third time lucky by winning the league outright this season.

“Drogheda have an exceptionally strong team with a lot of Premier Division experience. You look at their backbone with Prendergast, Douglas and Lyons.

“We are up for the game and we’ve done brilliantly over the last two months, we’re looking forward to testing ourselves against the potential league champions.”

Donal Higgins is sidelined with a hip injury.

A number of players will undergo late fitness tests ahead of the game.