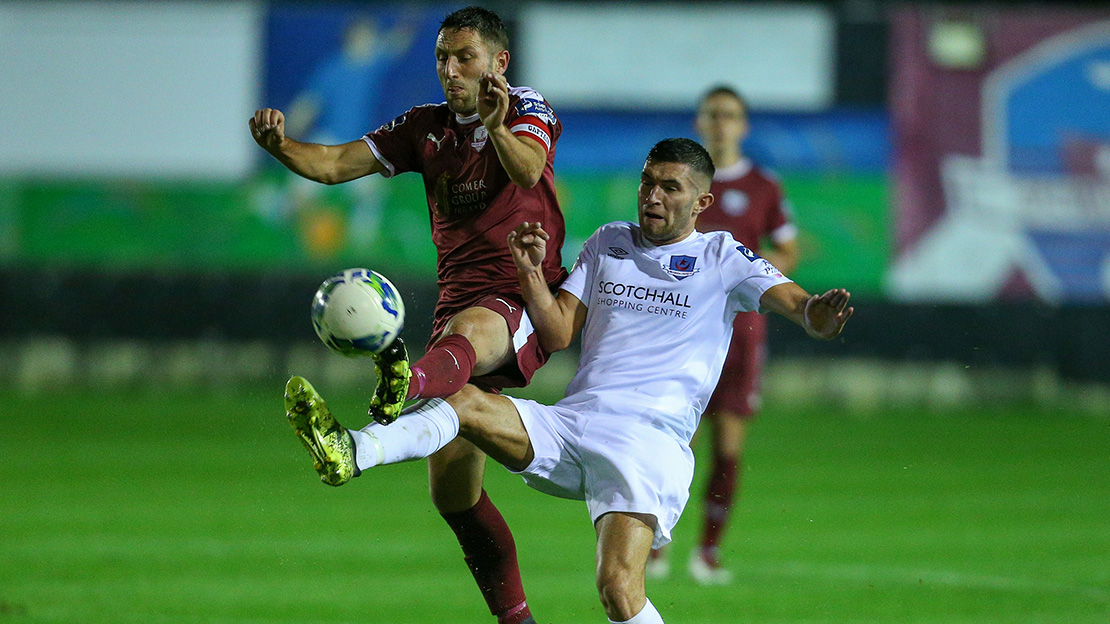 Galway United returned to home comforts at Eamonn Deacy Park after a two and half week enforced break after COVID-19 cases in the squad forced games to be rescheduled.

They faced a tough assignment against Drogheda United, who were battling hard with Bray Wanderers for the title, which looked like going down to the wire.

United had a sensational 6-2 triumph away to Longford at Bishopsgate, coming from 2-0 down to win 6-2, with second half substitute Carlton Ubaezuonu getting an incredible hat-trick, the first of his senior career.

John Caulfield made one change to the starting eleven with Francely Lomboto coming in for Conor Barry. United were looking to avoid a fifth successive loss against the Boynesiders.

The Louth men had won the reverse fixture 1-0 thanks to a Chris Lyons penalty.

The visitors were looking for redemption after relinquishing top spot after a very disappointing 2-0 home defeat to Athlone Town, with former United man Ronan Manning getting amongst the goals. 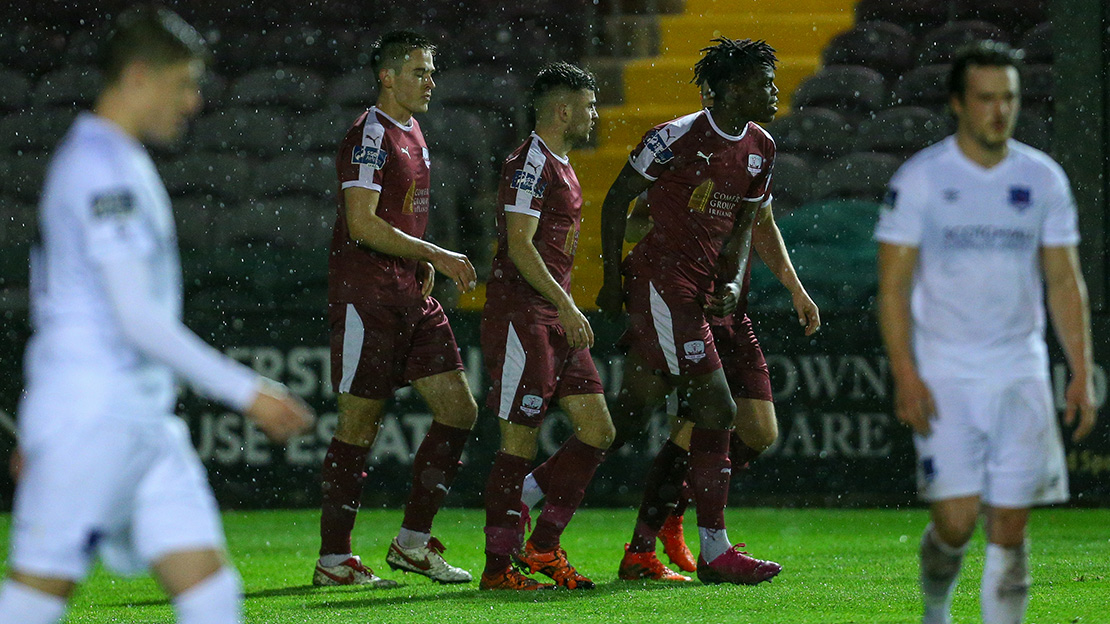 Wilson Waweru picked up where he left off with his second goal in two games when he broke away from his marker to poke home Shane Duggan’s in-swinging corner kick at the near post in the 18th minute.

Waweru almost doubled his tally and United’s advantage in the 23rd minute when he raced into the box and got a shot away from 15 yards, Drogheda defender Hugh Douglas just got enough of a block on it to push the ball onto the post.

The visitors almost equalised minutes when Hugh Douglas flicked on Jake Hyland’s corner to Mark Hughes, who had his shot cleared off the goal line. Tim Clancy’s side completely turned the game around in a nine minute spell before half-time with a helping hand from some poor officiating.

Firstly the Louth men got the equaliser in the 34th minute when James Brown broke with the ball down the right before laying it off to Brandon Bermingham in the box to coolly slot the ball into the back of the net.

Then on the 42nd minute, Drogheda took the lead with a fantastic goal from Conor Kane, who hit a thunderbolt of a shot from 25 yards out which rocketed into the top right corner. 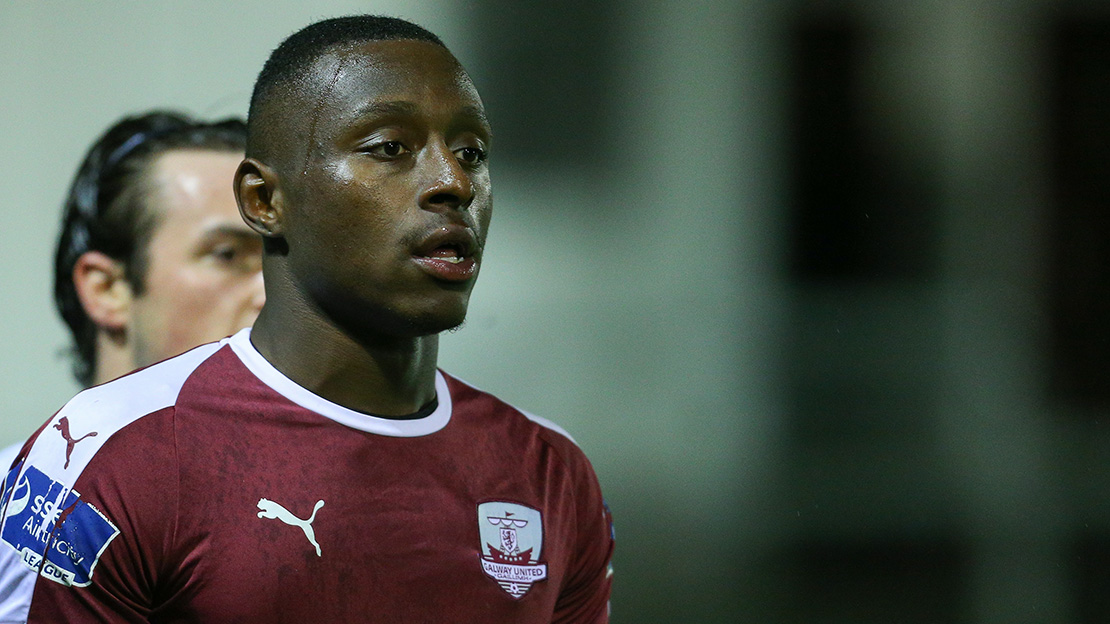 Then some very questionable refereeing decisions really left United with an uphill task in the second half. Adriano Reale gave Stephen Christopher his marching orders with a straight red card for a fairly innocuous challenge on Jake Hyland, which barely warranted a yellow card.

John Caulfield was disgusted in the dugout and made his feelings known and this resulted in a yellow card from the referee.

The hosts almost equalised in the 48th minute when half time substitute Enda Curran latched onto a Marc Ludden long throw and smashed his shot at goal, smashing the crossbar.

The visitors killed the game in the 60th minute when Brandon Bermingham got his second goal of the game, powering the ball home with a smart finish to give the Boynesiders a 3-1 lead.

Conor Barry almost pulled a goal back in the 72nd minute when he ghosted past a few Drogheda men and let fly from 30 yards out, forcing David Odumosu into a good save, parrying the ball away to safety. 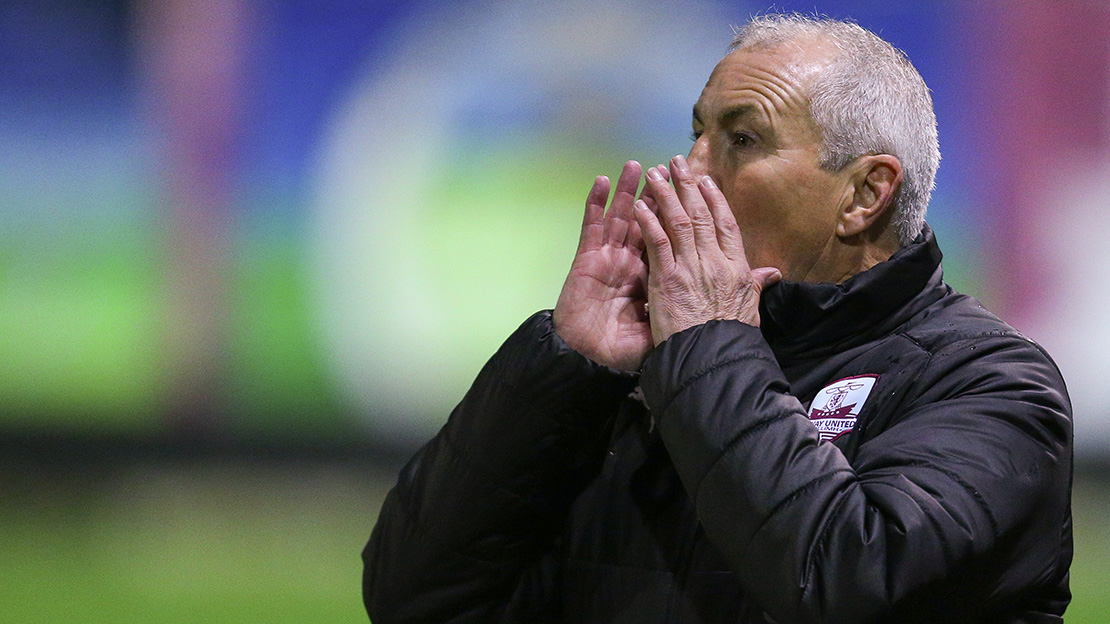 Tim Clancy’s side played out the rest of the game well, keeping the Tribesmen at arms length. United almost got a consolation goal in stoppage time when they produced a well rehearsed free kick, which Enda Curran powered under the wall, but David Odumosu was awake to the danger and got down smartly to save his effort.

John Caulfield’s men must dust themselves down quickly as they face the daunting trip to the Carlisle Grounds to face league leaders Bray Wanderers, kicking off at 3.00pm, knowing anything but a win would likely end their ambitions for the season.