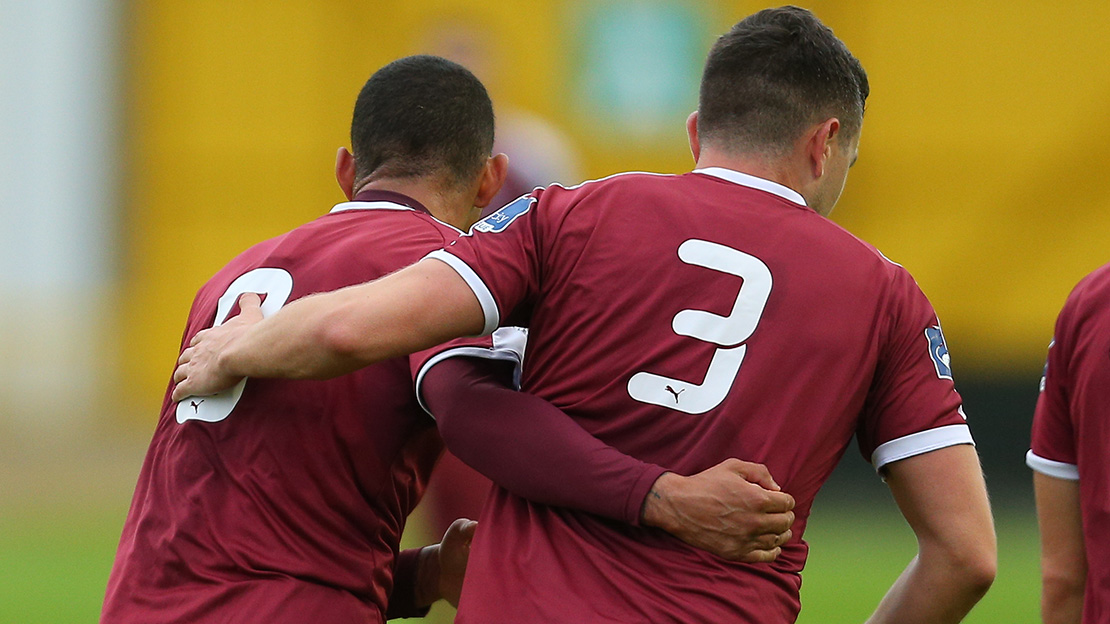 The Tribesmen are still going in search of a first league win of the season after they were denied by an 89th minute leveller from Charlie Lyons at St. Colman’s Park.

Second half strikes from Francely Lomboto and Vinny Faherty helped Alan Murphy’s side come from behind against Cobh Ramblers to lead, but the hosts salvaged a draw late on.

THE GAME WILL BE LIVE STREAMED BY GALWAY UNITED, CLICK HERE FOR STREAM INFORMATION.

MURPHY EYES FIRST LEAGUE WIN OF THE SEASON
“The performance in Cobh was definitely much improved and it needed to be,” Murphy explained to www.galwayunitedfc.ie.

“The result didn’t go our way, though. That’s the way things have been going of late, we need to turn that corner quickly.

“We’ll be looking for an even better performance when we face a Longford side who have performed well enough so far.

“Every team has been a little up and down. For us, it’s about applying ourselves and maximising the quality that we have within the group.

“We’re in the hunt for our first win, we need it to kick-start our season. We’re not getting panicked, if we can string a few results together, we’ll move up the table quickly.

“We need to look after ourselves and make sure that we’re right and that we get that first win sooner rather than later, so that we can kick on.”

TEAM NEWS
Alan Murphy will be without the services of Joshua Smith, Conor Melody, Micheál Schlingermann and Alberto Cabanyes.