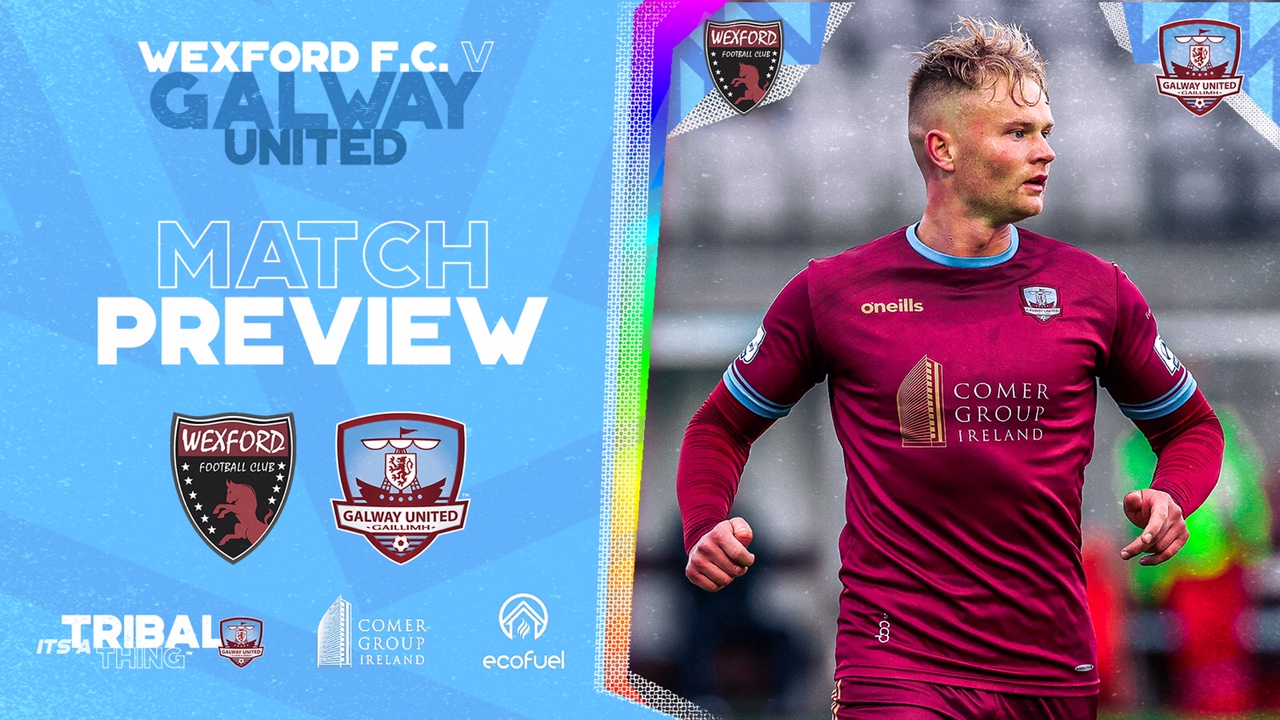 “Every week brings a different challenge so we have to keep our feet on the ground.” – John Caulfield, Manager

United return to league action this week with the aim of extending their six-game unbeaten First Division run. The Tribesmen were defeated 2-0 by Shamrock Rovers in the FAI Cup last Friday after two first-half goals secured a hard-fought win for the Hoops. United remain in second place on the First Division table going into this Friday’s game.

Wexford go into this week’s fixture after an impressive 3-0 victory over Cabinteely in the FAI Cup last week. Ian Ryan’s outfit currently sit in last place on the league table with one win in sixteen games.

United manager John Caulfield is looking for his side to continue their good league form at Ferrycarrig Park.

“Ian Ryan has turned Wexford around very quickly since he has come in from UCD,” Caulfield told the club’s media team.

“Since Wexford came into the league they have spent a lot of their time in the First Division, they were in the Premier Division for a short spell also. It will be another tough game so we will have to be at our best on Friday night because if you are not you drop points.

“We are coming into the final third of the season now. We have 11 games to go so we need to drive on and make sure we are in a playoff position. Every week brings a different challenge so we need to keep our feet on the ground.

“We are preparing all week for a difficult match. But at the same time, we know what we can do too.”

Carlton Ubaezuonu is out for this week’s game due to injury. Killian Brouder and Conor O’Keeffe are also doubtful due to injuries.

Conor McCormack returns to the squad after being suspended for last week’s game. Shane Doherty and David Hurley have also returned after missing last week’s fixture through injury.