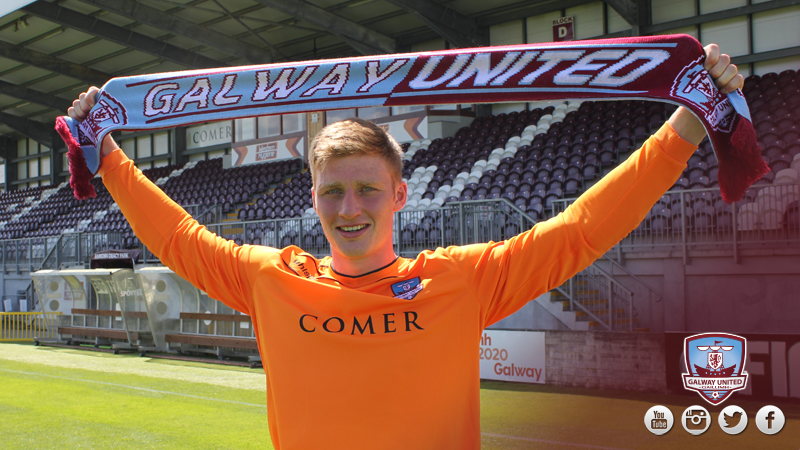 “I signed for Tranmere as a young kid, I was about seven years old, I was there for 13 years, I enjoyed myself and learned a lot at the club.

“I made my first appearance on the bench for the club when I just turned 17, under Ronnie Moore, who was a really good manager, who helped me a lot.

“I had a lot of praise from the goalkeeper coach Dave Timmins, he was very helpful in getting me to that stage, it was just unfortunate that I never made my debut, which would’ve been the crowning jewel.

“I signed as an apprentice at Tranmere four years ago, so I’ve more or less been training with the first team since I was 16.”

Conor Winn is the established number one at Eamonn Deacy Park, but Ramsbottom has ambitions to make the jersey his own. 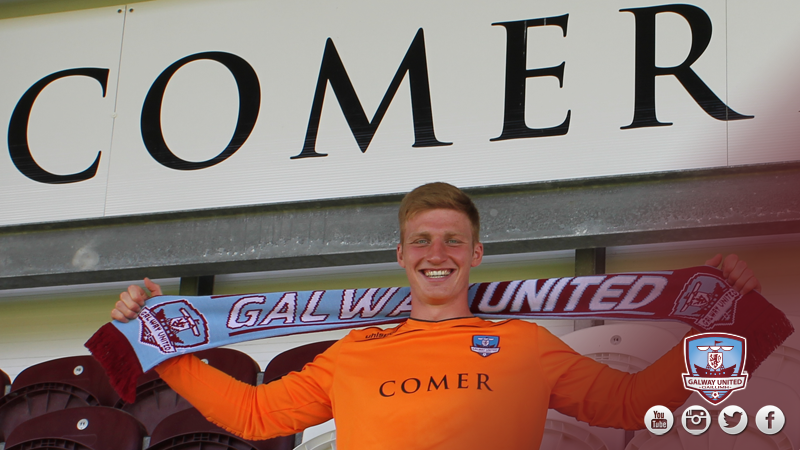 “I’m not here to make up the numbers,” he remarked.

“I’m looking to play, I’ve told the gaffer I’ll be the best professional he’ll ever have here because I’m that driven.

“I want to come and play games, and most of all, I want to help Galway United to get into the Europa League positions.

“The gaffer has set his sights on Europe and I’ve also spoken to the Chairman about how big it would be for Galway as a county, not only the club.

“From a personal point of view, it would be good for me to be part of a team that’s fighting for European places.”

Ramsbottom has spent time on loan with clubs close to the Liverpool area, and been on Tranmere’s books since he was seven, but the decision to leave England was not a difficult one for the young keeper.

“I spoke to my family about the move, it was too good of an opportunity to pass up. I’m 20 years of age, you’re going to move on at some stage, I felt the time was right after leaving Tranmere.

“The facilities have been brilliant, at the training ground, the pitches are excellent and they would rival Tranmere’s. Eamonn Deacy Park looks incredible at the minute.

“Since my arrival, I’ve integrated well into the group and the boys have taken a shine to me which is great. My mind is on Wexford Youths on Friday now, it’s a big three points.

“The next two games are vital, they can push us right back up into the mix and hopefully we can push on from there and mount a challenge for Europe.”