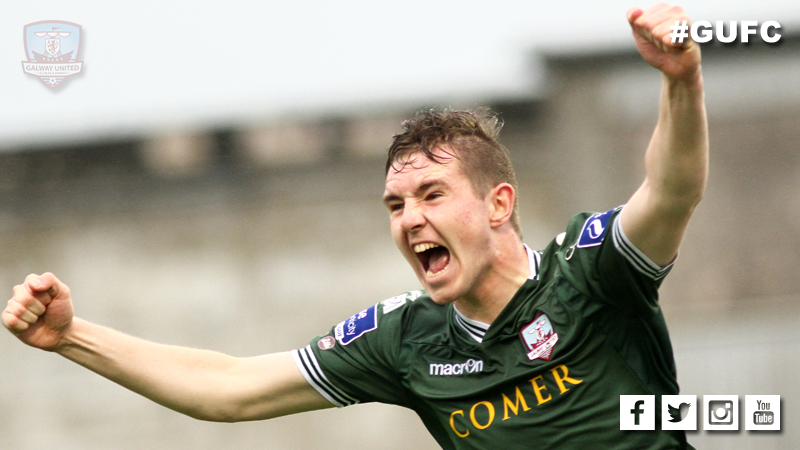 Galway United overcame a youthful Liverpool XI side at Eamonn Deacy Park on Saturday afternoon. Padraic Cunningham, who was operating as a lone striker for the hosts, bagged the deciding goal in the 35th minute when he evaded the tackle of Liverpool defender George Johnston, before planting the ball past ‘keeper Caoimhin Kelleher.

Earlier in the week, Liverpool striker Toni Gomes got on the scoresheet for the Reds against Cork City at Turners Cross, but today he was thwarted by a perfectly timed Sam Oji saving tackle, as Gomes looked to get his shot away.

Padraic Cunningham made Liverpool pay for some hesitant defending when he pressed Michael Parker and won possession, got the better of Parker’s centre-back partner, George Johnstone, before slotting home with a neat finish.

A flurry of changes occurred in the second half, with Liverpool changing their entire eleven, while United elected to introduce players gradually throughout the second half, including U19 players Conor Melody, Maurice Nugent and Aaron McConnell.

Second half substitute Ryan Connolly then set Cunningham up but Wheeler denied him a second goal with a fingertip save.

Galway United substitute ‘keeper Kevin Horgan dived bravely at the feet of Yan Danda after he looked to latch onto a through ball.

United produced the move of the match late on when O’Leary, Keegan and Connolly combined. Jake Keegan showed great awareness to tee O’Leary up but he side-footed wide.

The home side went close again when Ryan Connolly sent Gary Shanahan in behind the Liverpool rearguard. He chose to shoot, dragging his effort wide, when Keegan was standing unmarked in the box waiting to apply the finishing touch.