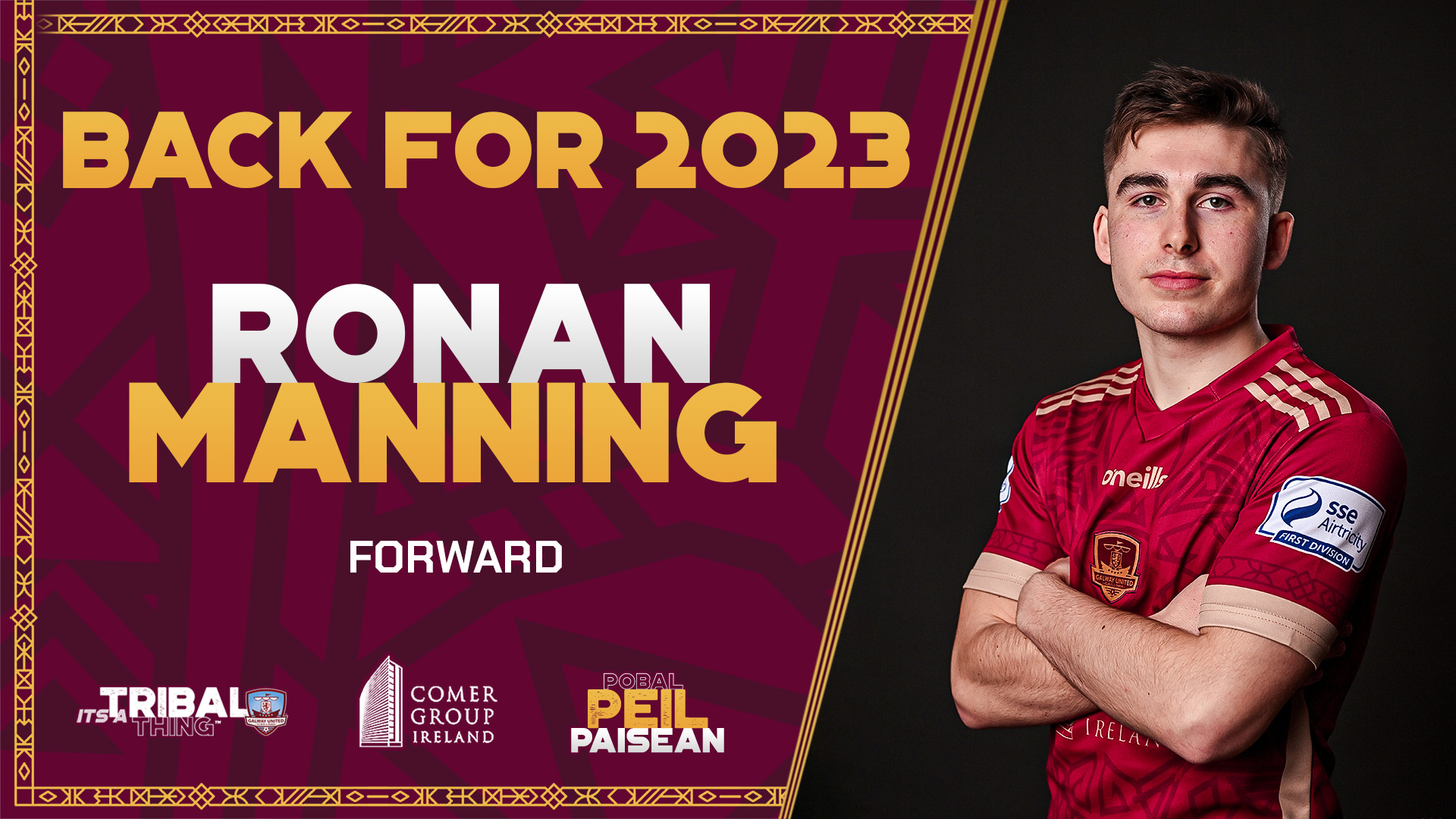 Galway United are delighted to announce that Ronan Manning has re-signed for the senior men’s team ahead of the 2023 season.

The 22-year-old will remain at Eamonn Deacy Park for at least another year after some standout performances for The Tribesmen during the 2022 season.

The Galway native scored three goals in 16 appearances last season as he returned from an injury which ruled him out for the entirety of the 2021 campaign.

An unfortunate injury against Treaty United in June kept Manning out of action for two months. However, he returned to the squad in August and was a key component in the business end of the season for United. 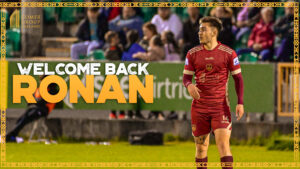 Speaking to our media team, Manning says he is excited for the campaign ahead:

I’m delighted to re-sign, obviously I’m a Galway lad and this is my third season with the club so hopefully I can kick on this year.”

It will be Manning’s fifth season in total at Eamonn Deacy Park after he spent two years with the senior setup before moving to Athlone Town for the 2020 season.

The midlands were where Ronan came into his own, contributing eight goals and four assists in 18 appearances for Athlone before moving back to Galway for 2021.

After returning to the side and suffering play-off heartache last season, Manning is determined to go one better with United in 2023.

Everyone was really disappointed with how last season ended, but we’ll do everything in our power to put it right this season.”

Ronan Manning is back for 2023, and there will be plenty more announcements as we look to build our squad for next season. Keep an eye out on our social media for updates!

Our players are available for SPONSORSHIP, with spaces filling quickly! Email John Byrne at commercial@galwayunitedfc.ie to be involved for next season.