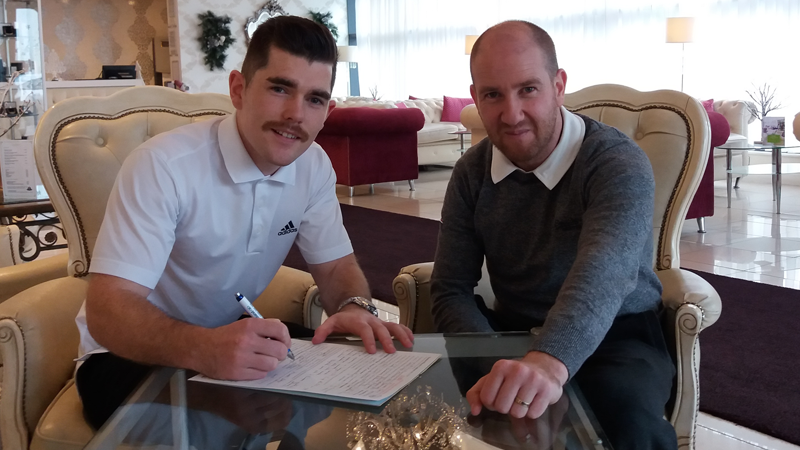 Galway United are delighted to announce the signing of Ronan Murray.

Murray, 25, joins Galway United from Notts County and he has committed his future to the Tribesmen until the end of the 2017 SSE Airtricity League season.

The Belmullet native has spent the last 9 years plying his trade in England.

Murray moved to Ipswich Town at the age of 15, along with new Galway United teammate David Cawley. He progressed through the clubs youth system to play first team football under Roy Keane. While at Portman Road, the striker had loan spells at Torquay United, Plymouth Argyle and Swindon Town. Murray was a League 2 winner with Swindon Town under Paulo Di Canio in the 2011 – 12 season.

After a five year association with Ipswich Town, Murray made the switch to Notts County in 2013 and he spent three seasons with the Magpies, making 68 appearances for the club, scoring 14 goals.

Murray has made 129 appearances across the Championship, League 1, League 2 and various Cup competitions in his spell playing in the Football League.

The striker, who is also comfortable playing as an attacking midfielder, has been capped by the Republic of Ireland from under-16 to under-21 level.

Murray told www.galwayunitedfc.ie that he feels his ambitions are in sync with United boss Shane Keegan.

“Shane is really ambitious. We can work together going forward to achieve the goals we have set for the club. I want to push the club forward in a positive way. I can’t wait to get started.”

Galway United boss Shane Keegan spoke about his latest exciting acquisition ahead of the 2017 season.

“Ronan is a player who is coming into the League of Ireland for the first time. Given his background, we feel he’s a player that can give us something different. He’s a very clever player, he’s really creative in the final third. He’s a player that can contribute in a big way in terms of goals and assists.”