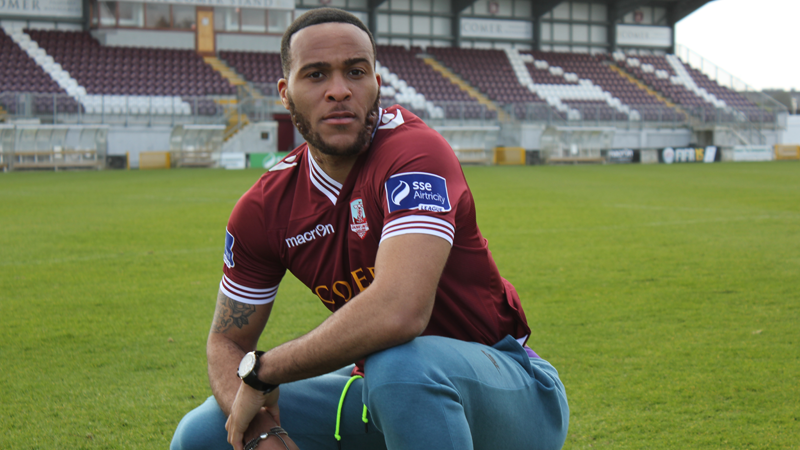 www.galwayunitedfc.ie caught up with Sam Oji shortly after signing his contract at Eamonn Deacy Park.

Oji adds huge experience and presence to the United rearguard and the former Limerick FC player is looking forward to getting started at Eamonn Deacy Park.

Oji will wear the number 24 jersey for Galway United in 2015.