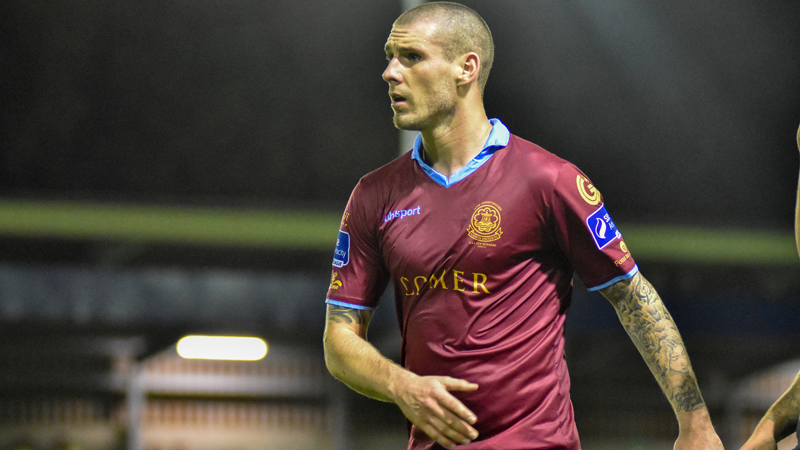 Galway United got back to winning ways last week with an important 2-0 triumph over Keith Long’s Bohemians side at Eamonn Deacy Park.

Attentions are now turning to a trip to Tallaght Stadium on Friday night to face a Shamrock Rovers side who departed Eamonn Deacy Park armed with the three points just over two weeks ago.

Gary Shaw turned Trevor Clarke’s cross past Sam Ramsbottom with a precise header on the stroke of half time but United were desperately unlucky not to salvage a point when Stephen Folan cannoned an effort off the crossbar with seconds remaining.

Kick-off is at 8.00 at Tallaght Stadium.

DUNNE EXPECTS ANOTHER EVEN ENCOUNTER AGAINST SHAMROCK ROVERS
“It was important to get a better attacking performance against Bohemians last week,” Dunne asserted.

“We created chances and we made Shane Supple work in goals for them. In previous weeks, we didn’t make the opposition keeper work enough.

“We’re going into a different proposition this week against Shamrock Rovers at Tallaght. It’s a big pitch, they picked up a good result away to Dundalk.

“Our recent games against Rovers have been tight affairs, but if we can continue to create chances, we’ll give ourselves a chance of getting a positive result at Tallaght Stadium.

“We have to be positive in our approach to the game. We will set ourselves up in a certain way but we will also make sure that when we’re attacking, that we’re going all guns blazing.”