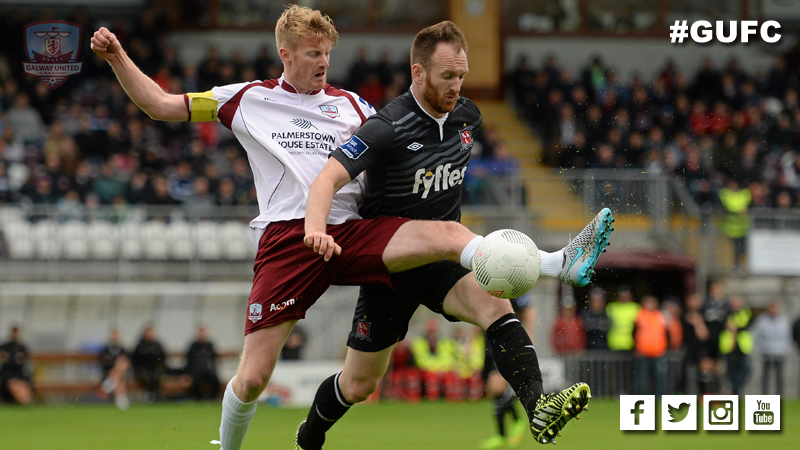 Galway United are delighted to announce that Paul Sinnott has agreed a new contract with the club.

The 29 year old midfielder has penned a one year contract extension at Eamonn Deacy Park.

Sinnott made 34 appearances for the Tribesmen in 2015, leading the club to safety in the Premier Division and into the EA SPORTS Cup final.

The former Mervue United midfielder progressed through Galway United’s U21 ranks before breaking through to the first team.

Sinnott now embarks on his seventh season with the club, with the Renmore native having made 160 appearances for Galway United.

After captaining the club for two seasons, Sinnott has opted to concentrate on his own game for the coming season and his midfield partner Ryan Connolly has been appointed as club captain.

Galway United manager Tommy Dunne paid tribute to Sinnott after securing his services for 2016: “Paul has been a magnificent servant to the club over the course of his two spells with Galway United.

“He’s lead the club to promotion, a Cup Final and safety in the Premier Division in his two years as captain. His contribution has been massive since my arrival at the club and I’m pleased that he has signed a new contract with the club.

“Paul has been a mainstay in our lineup and he is a very important cog in our squad going forward. He’s another experienced player that is vital to have in the dressing room.”