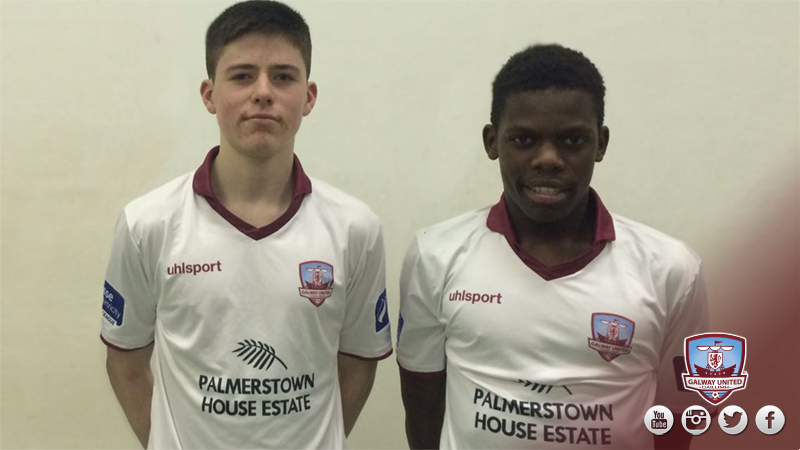 A Wilson Waweru brace and a Joe Thompson strike saw Alan Murphy’s under-17 side come from a goal down to defeat Sligo Rovers in the squad’s opening pre-season friendly at East United FC this afternoon.

United fell behind to an own-goal against the run of play in the first half after just 22 minutes. They persevered and with less than 20 minutes left, an audacious piece of skill from Wilson Waweru drew a penalty, which he himself dispatched into the bottom right corner.

Waweru made it two in three minutes when he headed a pinpoint Caoilfhionn O’Dea cross from the right wing into the roof of the net to put United ahead.

Waweru then turned provider for Joe Thomspon who sealed the win with a strike off his right boot in the 83rd minute.

Manager Alan Murphy was very satisfied with the performance, in which the 20 members of the squad, skippered by Calym Crowe on the day, all played at least 45 minutes.

The under-17s next friendly in preparation for the 2017 season is against Athlone Town this Thursday at Moyne Villa. Kick-off is at 3pm.