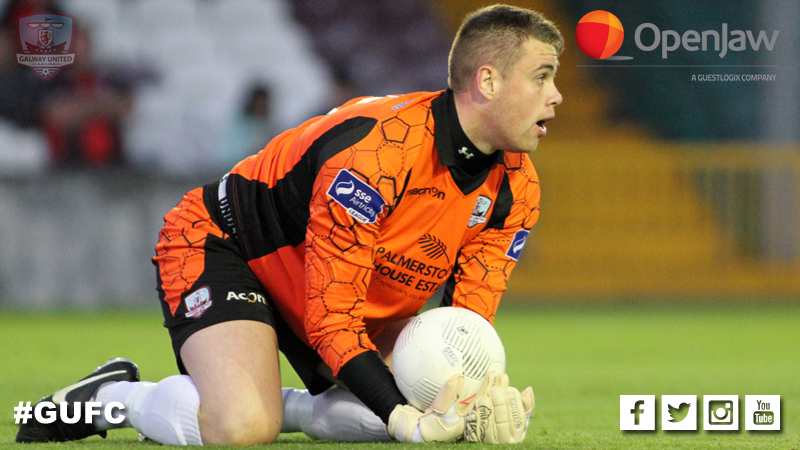 Galway United supporters have voted Conor Winn as their OpenJaw Technologies Player of the Month for October!

The award, kindly sponsored by Galway Irish Crystal, will be presented to Conor at our Player of Year awards on Friday night at the Dail Bar, starting at 7.00pm.

Winn started all five of United’s league fixtures in October and the ‘keepers sterling performances between the sticks played a huge part in the Tribesmen retaining their Premier Division status.

This is second Player of the Month award for Winn after he claimed the August trophy after a string of impressive performances.

Player of the Month