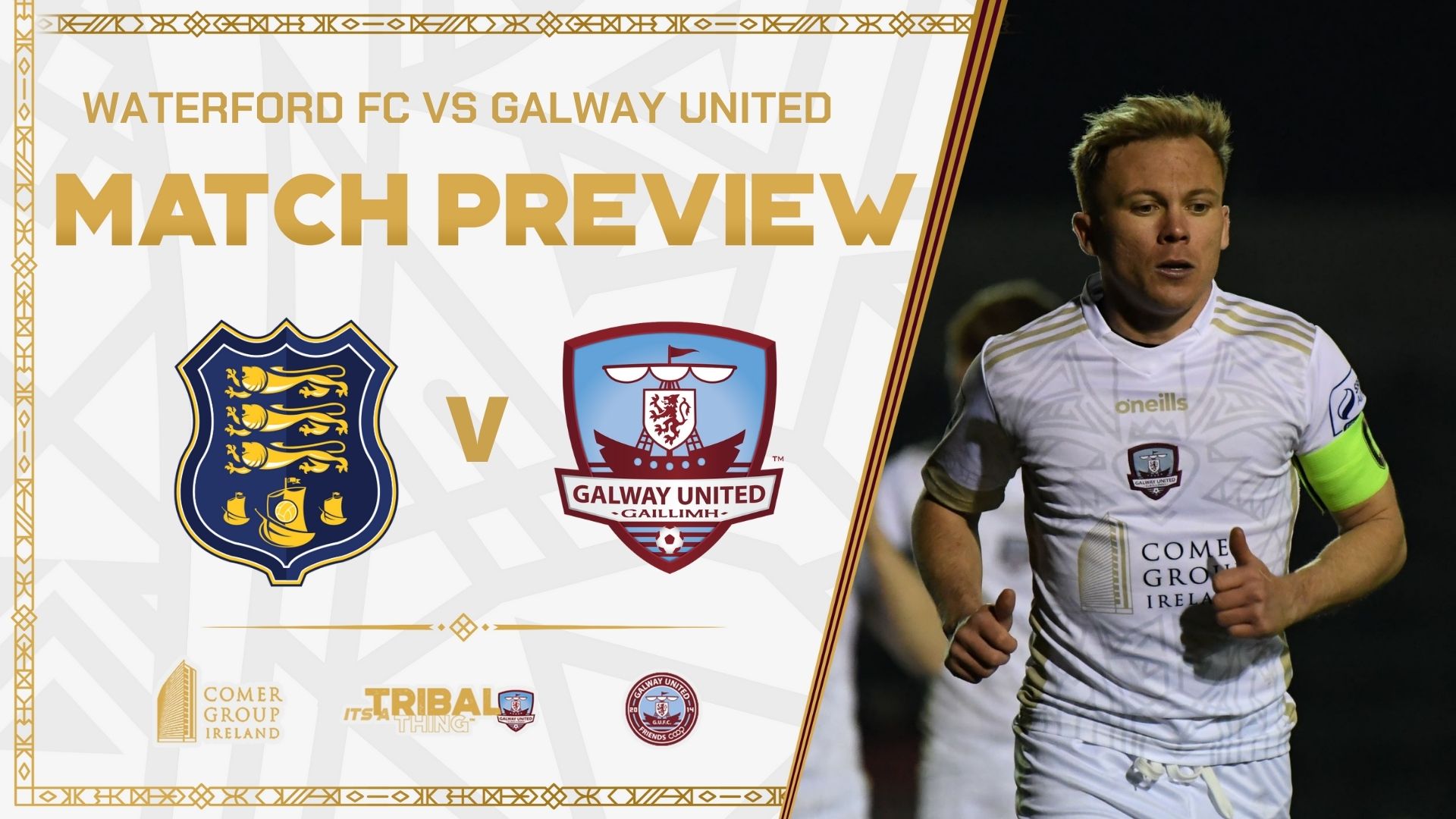 “It was a cracking game between the two teams earlier this season so I am expecting plenty of that again on Friday night” – John Caulfield, Manager

Galway United travel to the south-east on Friday to face Waterford at the RSC with kick-off at 7.45pm.

United face a tough challenge this week when they face one of the title favourites, Waterford, away from home. The Tribesmen go into the fixture on the back of a 1-1 draw against Wexford at Eamonn Deacy Park last Saturday. Stephen Walsh, who is currently the top goalscorer for the club this season, scored a late equaliser to secure a point against Ian Ryan’s outfit. Cork City still lead the way on the First Division table with United two points off top spot.

Waterford go into the encounter in third place on the table – three points off the Tribesmen. Ian Morris’ side defeated Cobh Ramblers 4-0 away from home last time out which brought an end to a three-game winless run. Waterford and United played out a 2-2 draw the last time both teams met earlier this season at Eamonn Deacy Park.

Manager John Caulfield is expecting an enthralling game at the RSC this week.

“It is a very exciting game again, Waterford are one of the title favourites so hopefully we can give a very good performance,” Caulfield told the club’s media team.

“Ian Morris has gone there and assembled a very strong team. It was a cracking game between the two teams earlier this season so I am expecting plenty of that again on Friday night.

“We are looking forward to the match – it will be another massive challenge for us.”