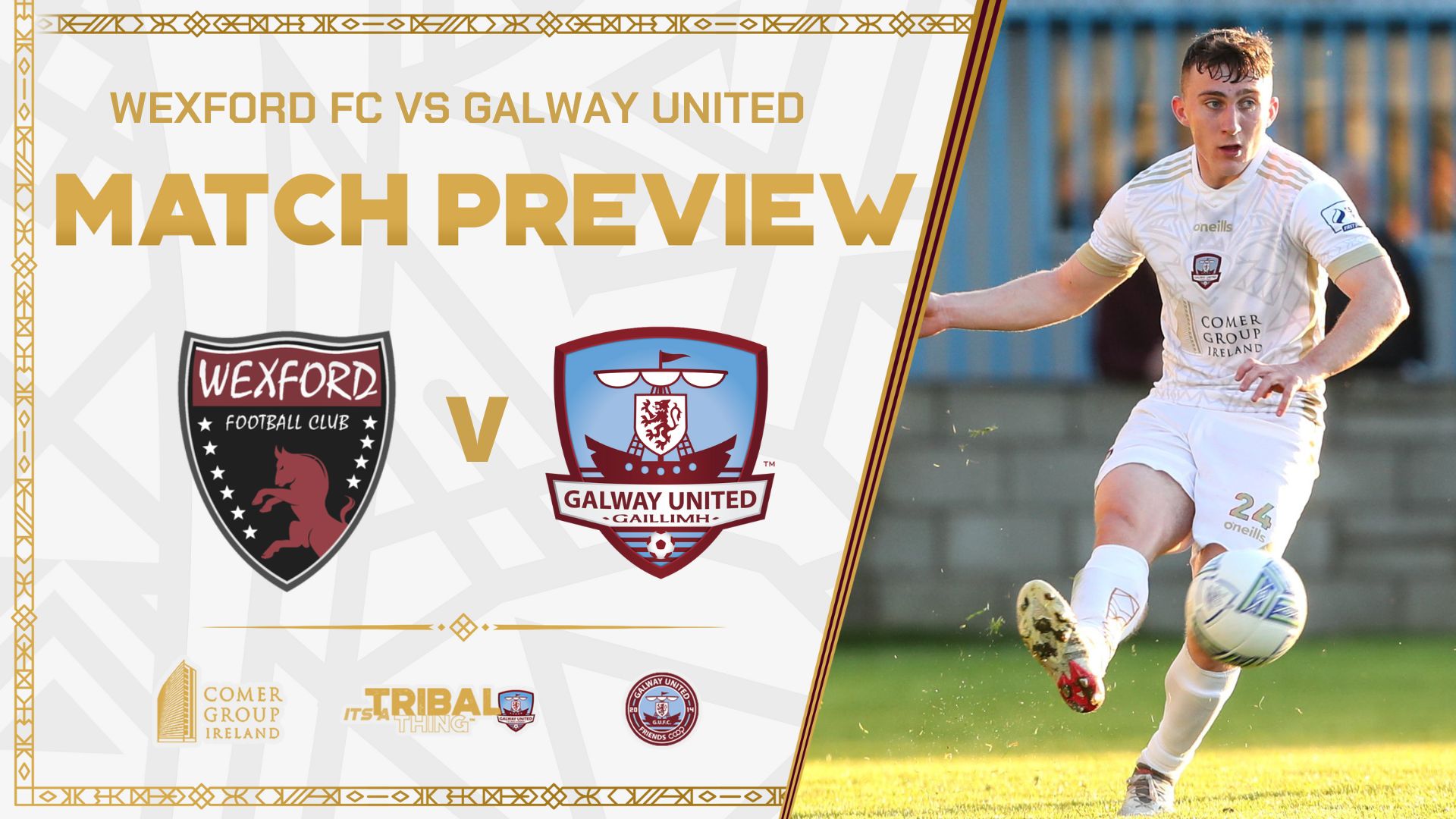 ‘We know how good they are but we are on a good run of form ourselves’ – John Caulfield, Manager

United will aim to make it six victories on the bounce when they take on Wexford in the south-east. Supporters bus is available HERE

The Tribesmen made it five wins on the bounce when they defeated Cobh Ramblers 4-0 at St Colman’s Park last Friday. Max Hemmings, Edward McCarthy (X2) and Manu Dimas scored the goals in an emphatic victory down south. United remain in second position on the table going into this week’s fixture. Three points would bring John Caulfield’s side level with current leaders Cork City.

Wexford FC sit in sixth place in the First Division ahead of Friday’s meeting at Ferrycarrig Park. Ian Ryan’s outfit were defeated 2-1 by Longford Town at the Bishopsgate in their previous fixture.

“It is another exciting game against Wexford this week,” Caulfield told the club’s media team.

“Ian Ryan has assembled a very strong squad; they came to Terryland earlier in the season and got a 1-1 draw.

“We know how good they are but we are on a good run of form ourselves at the moment so we are hoping to try and continue that.”