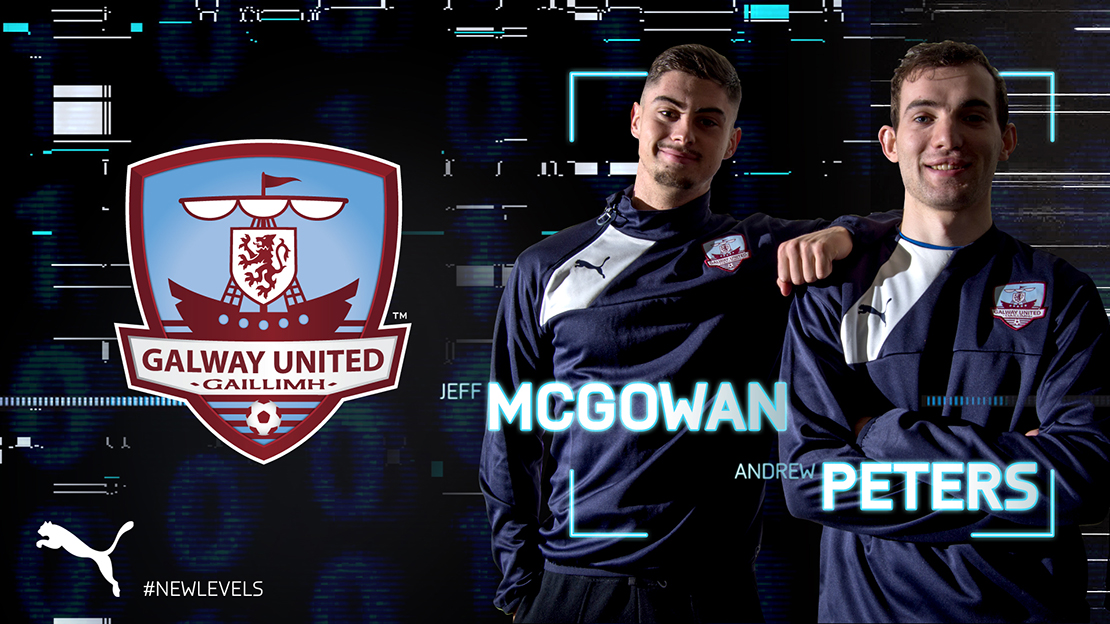 Galway United can confirm the double signing of Jeff McGowan and Andrew Peters.

The duo are the latest additions to Alan Murphy’s squad for the 2019 SSE Airtricity League First Division season.

20-year-old McGowan signs from Limerick, having played a handful of games for the Shannonsiders in 2018, following his return from a two-and-a-half year spell with Barnsley.

Primarily a striker, the Clare native is also comfortable operating on the wing.

McGowan started brightly, breaking into the team and making four appearances for Limerick before his season was cut short by injury. 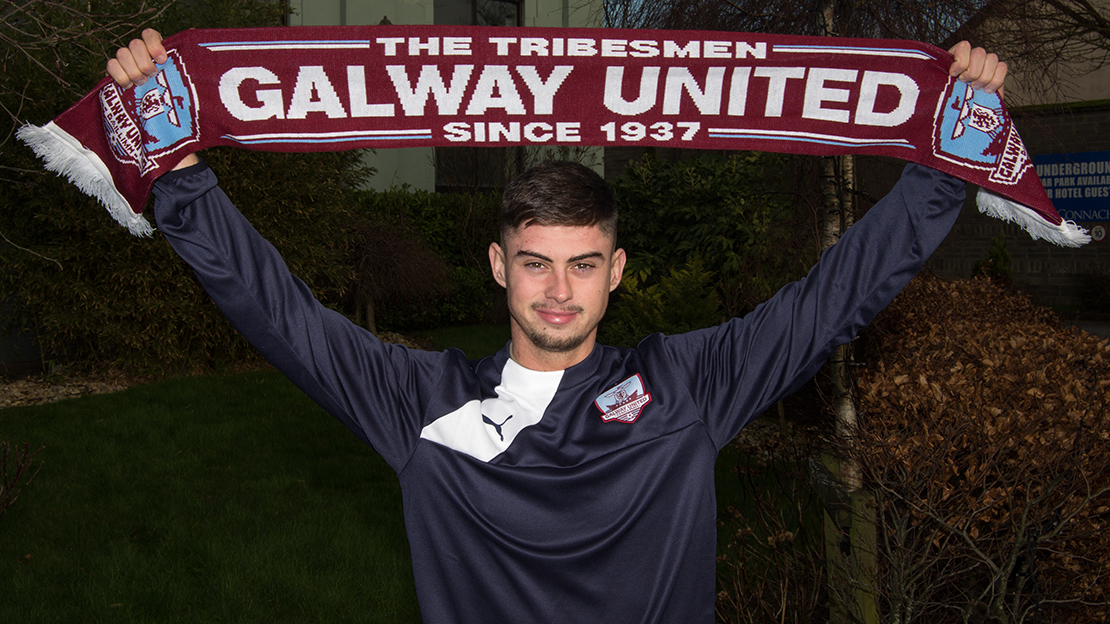 Speaking to www.galwayunitedfc.ie, Alan Murphy was full of praise for the promising striker.

“Jeff is really dedicated and has a huge ambition to further his career and is another perfect fit for ProjectDNA. He has been training with us for a number of months and has really displayed his talents. In terms of his flexibility alone, he can play in numerous positions in the final third.

“Speaking to Stephen Kenny about his time on trial there, it was probably just a case of Dundalk being a bit further ahead in their development. Stephen had good things to say about Jeff and believes he has potential.

“It’s always difficult for a player coming back from England at a young age, but I really believe that Jeff needs somebody to get the best out of him and to have confidence in him.”

McGowan was delighted to finally be able to commit to United and is chomping at the bit with just over a month to go to the new season.

“My main aim for this year is to show everyone what I can do on the pitch and I definitely think this is the right club for me to do that at.

“I play up top, but I’m more than happy to play anywhere across the front. As long as I’m playing and being involved, that’s the main thing.

“I know a few of the lads up here and they’ve all been brilliant to me, hopefully we will gel together this year and do well.

“Everyone wants to push forward and that comes from Alan and all the coaching staff. Everyone around the club wants to shove on in 2019.” 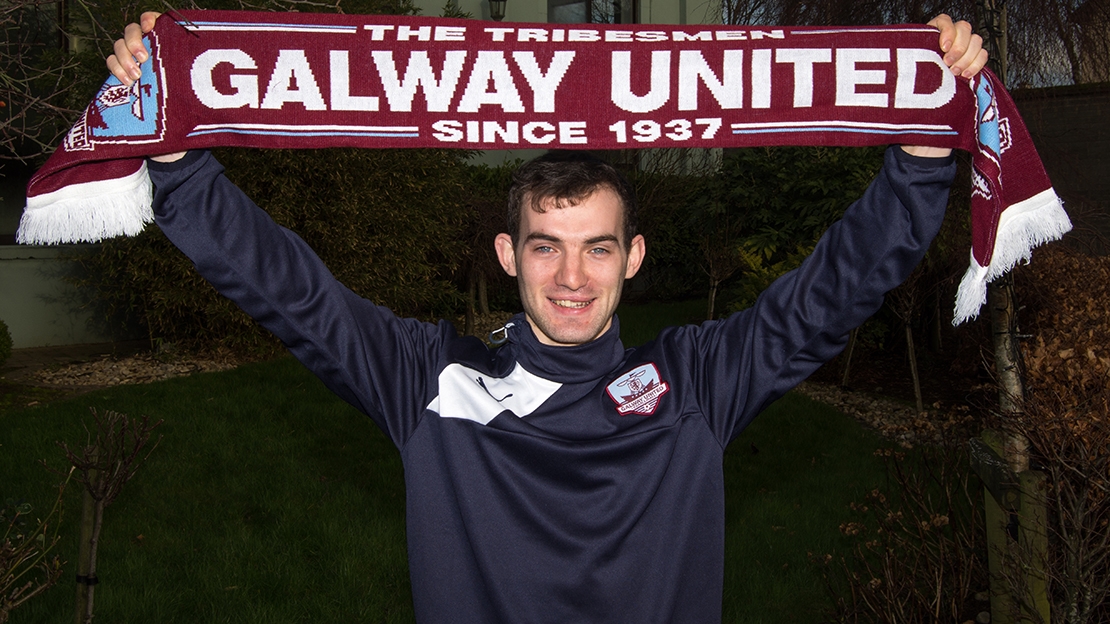 Andrew Peters is a versatile 24-year-old right-back, who joins from Mayo Super League side Claremorris AFC.

Comfortable in the centre of defence and also playing as a defensive midfielder, the Ballindine native offers Alan Murphy a number of options in the defensive third.

Peters joins the Tribesmen for his second spell at League of Ireland level, having previously lined out for Salthill Devon in the under-19 league as an 18-year-old in the 2012/13 season.

“Andy is a model professional and has the dedication, ambition and competitiveness required,” Galway United manager Alan Murphy explained.

“Over the course of the off-season, Andy stayed in touch with me about ways he could better himself, to hit the ground running in pre-season to secure a contract. You only need to see the physical shape and condition he has returned in to realise how hard he’s worked.

“He’s got huge want and eagerness to learn and further his development at the club. Andy hasn’t just come on the radar now, we’ve been keeping tabs on him over the years and he just needed a break in League of Ireland football to bring him to the next level and that’s what I’m hoping for in the coming season.”

Like McGowan, Peters spent time training with United at the tail end of last season and is eager to make an impression at Eamonn Deacy Park in 2019.

The defender told www.galwayunitedfc.ie: “I’ve been following the club closely over the past few years being from Mayo and have played with some current and former players such as Conor Barry, Alex Byrne and Colm Horgan.

“Training with the squad at the back end of last year, I was very impressed with the standard, particularly the younger players coming through, so it really was a no-brainer to sign for the 2019 season.

“Having the opportunity to work under such a prominent figure in Galway United’s history made it an easy decision to join and challenge myself at a higher level.

“It’s evident from the sessions so far that the squad is highly competitive, with Alan assembling some of the best talent from across the Connacht region. I’m delighted to be involved and will work hard to impose my own ability and have my own personal imprint on this Galway United team.”